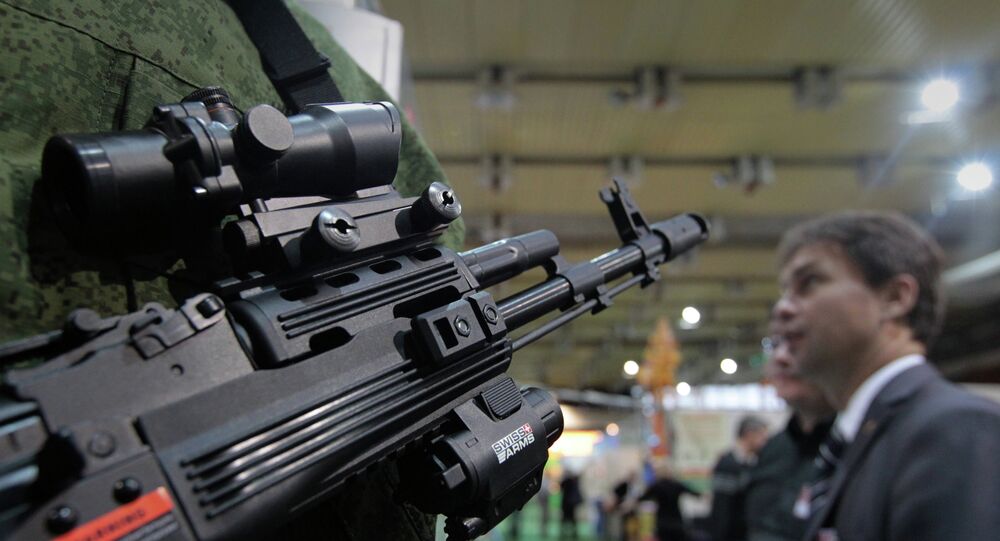 An advanced electronic module for the Kalashnikov assault rifle, which is equipped with Internet access, has been shown at the international Army-2015 military-technical expo currently under way in Kubinka outside the Russian capital Moscow.

The Russian company Red Heat and investment fund StarNet VC have presented an electronic module for the Kalashnikov assault rifle to monitor the number of remaining rounds and the condition of the weapon, sending the relevant data back to base via Wi-Fi, Russian media outlets reported.

The device, attached to the Kalashnikov's forearm, is equipped with built-in sensors that track the status of the assault rifle using the GLONASS and GPS navigation systems; the sensors also help collect statistics on the assault rifle's use and monitor its available cartridges. The device operates with the help of a standard electric battery.

According to Red Heat advisor Anatoly Smorgonsky, the built-in modem can be upgraded to transmit data in line with the country standards in which the assault rifle is sold. He said that the traffic is protected with a 256 bit encryption key, which has been developed in Russia. Smorgonsky added that this electronic module can also be attached to airsoft guns for training purposes.

Its representatives declined to elaborate on whether they had signed any contracts on the delivery of the devices.

Red Heat deals in the development and the production of accessories for firearms, including Kalashnikovs. StarNet VC is an investment fund specializing in start-ups pertaining to the Internet of things. The volume of the fund is 50 million dollars.