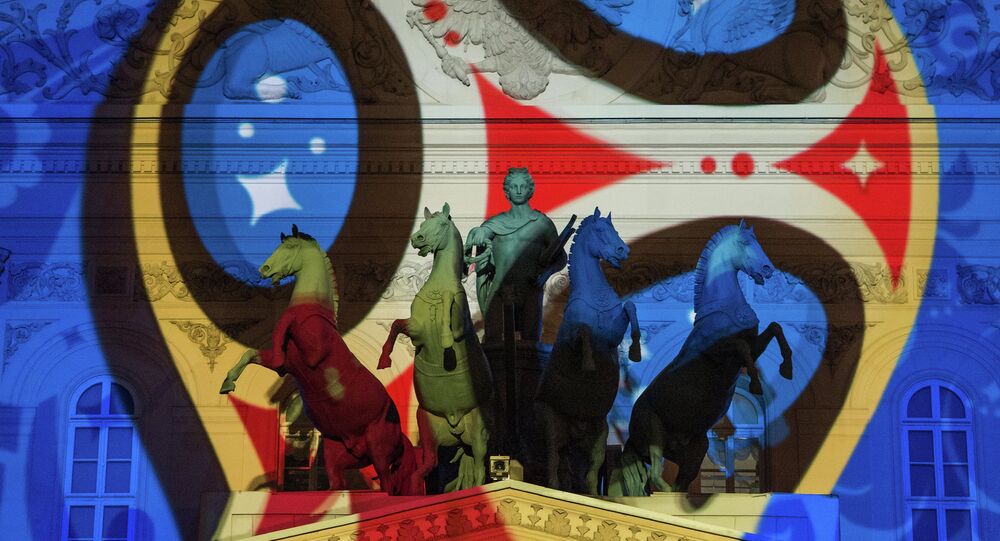 65 percent of Russians think the criminal investigation against FIFA was a hidden attack at the 2018 World Cup in Russia, according to the poll.

© Flickr / marcokalmann
Swiss Banks Suspect Money Laundering Activities Around FIFA Accounts
MOSCOW (Sputnik) — A significant majority of Russians fear that the US-led inquiry into alleged corruption in FIFA is secretly meant to take the 2018 World Cup tournament away from them, a fresh opinion poll showed Wednesday.

The survey, conducted by Russia’s oldest pollster VCIOM more than a week after the FIFA fallout, found that 65 percent of respondents in 130 cities across the country think the criminal investigation against FIFA was a hidden attack at the 2018 World Cup in Russia.

The scandal erupted in late May when Swiss prosecutors held several high-ranking FIFA officials at the organization’s headquarters in Bern. The arrests were made on a US federal corruption warrant.

Switzerland launched a separate criminal probe into the bidding process for World Cup host countries, specifically Russia in 2018 and Qatar in 2022.

© Sputnik / Alexander Vilf
FIFA Refutes Reports on Plans to Move 2018 World Cup From Russia to Qatar
According to the poll, every fourth Russian believes the FIFA scandal is part of an ongoing power wrangle inside the global football authority, while 12 percent consider the probe to be a sincere attempt to bring the corrupt FIFA to heel.

The same survey showed that 65 percent of those polled think that Russia’s win in the World Cup bid was fair, while 13 percent suspect foul play. A fifth of respondents said they have doubts about the fairness of the bidding process.

Russia won the 2018 World Cup bid in December 2010. The world's biggest football championship is due to take place from June 14 to July 15, 2018, in 11 Russian cities, including Moscow, St. Petersburg, Yekaterinburg, Kazan and Sochi.