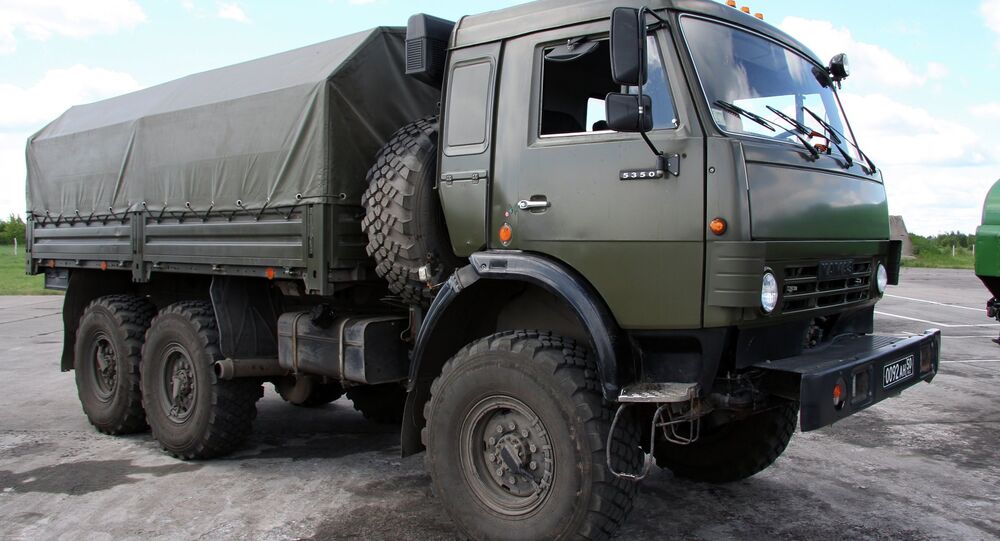 During the tests near Moscow, a wide range of exercises are planned, including motorcades, remote-controlled tests, driving along a designated route, and driving solely based on the data from the onboard cameras and GPS/GLONASS equipment.

The first prototype has already been built and delivered to a testing range in Noginsk, near Moscow.

The autopilot gear was mounted on a truck in May, according to the report.

The system is comprised of a radar, a lidar device (a remote sensing unit that measures distance by illuminating a target with a laser and analyzing the reflection light), video cameras, communication devices and onboard computers.

The first tests of the KamAZ-5350 driverless truck were conducted in the city of Naberezhnye Chelny where the company is located.

During the tests in Noginsk, a wide range of exercises are planned, including motorcades, remote-controlled tests, driving along a designated route, and the most difficult – driving solely based on the data from the onboard cameras and GPS/GLONASS equipment. Engineers will assess and analyze what the truck can "see."

A driver will be in the cabin during the tests to supervise the electronics.

According to KamAZ CEO Sergei Kogogin, mass production of the unmanned truck would start within two years. The truck is expected to hit the roads in 2025-2027.