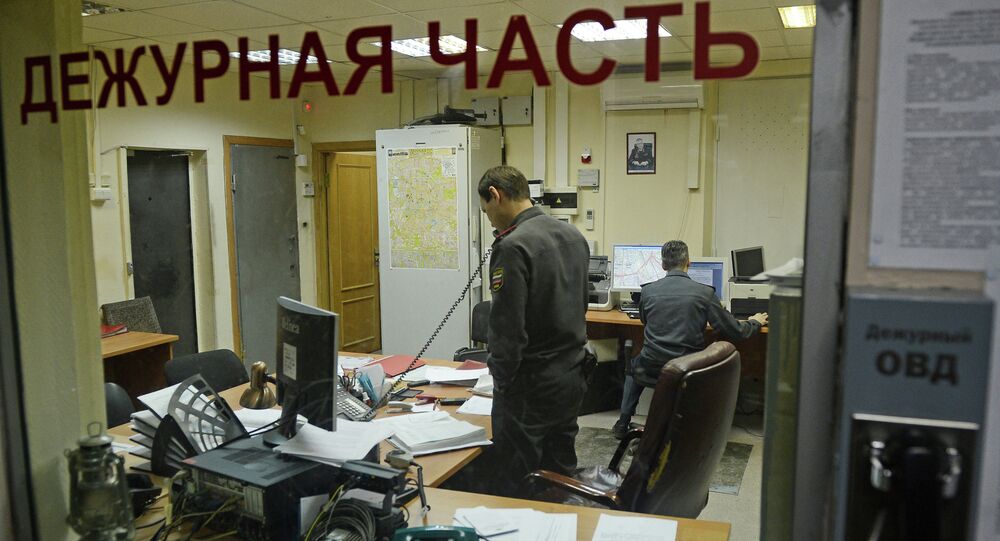 The man began eating the tablet after he was apprehended by police for causing a disturbance.

At 5 p.m. on Sunday evening, according to a police report, an officer was called to an apartment block in the Parnas area, in the north of St Petersburg after police learned that a man was throwing objects, including furniture, from the window of his apartment.

"A 41-year-old unemployed man was found in the apartment, who resisted arrest when apprehended by police, after which he continued to conduct himself inappropriately and began to demonstratively eat the broken glass and plastic of his tablet," said the police in a statement.

© AFP 2021 / TIMOTHY A. CLARY
Rare Apple I Computer Find Nets Mystery Garage Owner $100,000
"The officer at the scene stopped the action [of eating the tablet], in the course of which he received bodily injury. The officer immediately called for the emergency services."

"The man lost consciousness and died before the arrival of the medics," continued the statement.

The police officer involved was treated by medical staff, and authorities are currently conducting an investigation into the incident. It is unknown whether the deadly device was Android or Apple.

Nine People Injured in Burning Building in the Center of St. Petersburg