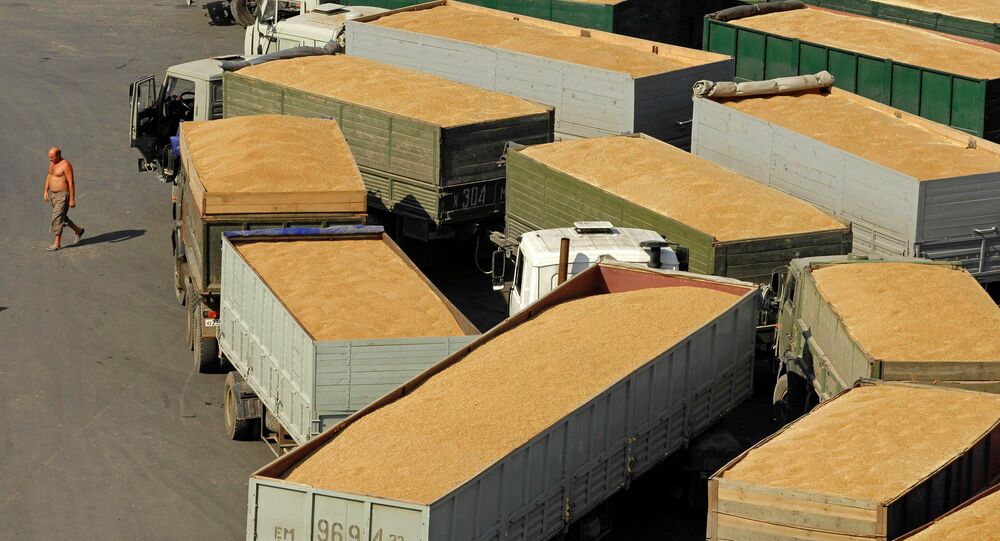 The "oil-for-goods" program between Moscow and Tehran includes deliveries of building materials and equipment in exchange for Iranian crude oil.

"Yes, the deliveries began a few days ago, as of now 100,000 tons of grain have been shipped," Alexey Alexeyenko, an aide to the head of the Federal Service for Veterinary and Phytosanitary Surveillance told RIA Novosti.

He added that Russia plans to deliver at least 1.3 million metric tons of grain to Iran in 2015.

In April, Russian Deputy Foreign Minister Sergei Ryabkov said that an "oil-for-goods" program was underway between Moscow and Tehran.

The program also includes deliveries of building materials and equipment in exchange for Iranian crude oil.

Under an agreement first reported in early 2014, Moscow will purchase up to 500,000 barrels of crude oil per day from Tehran.

The five-year oil-for-goods program was initially estimated to be worth nearly $20 billion.