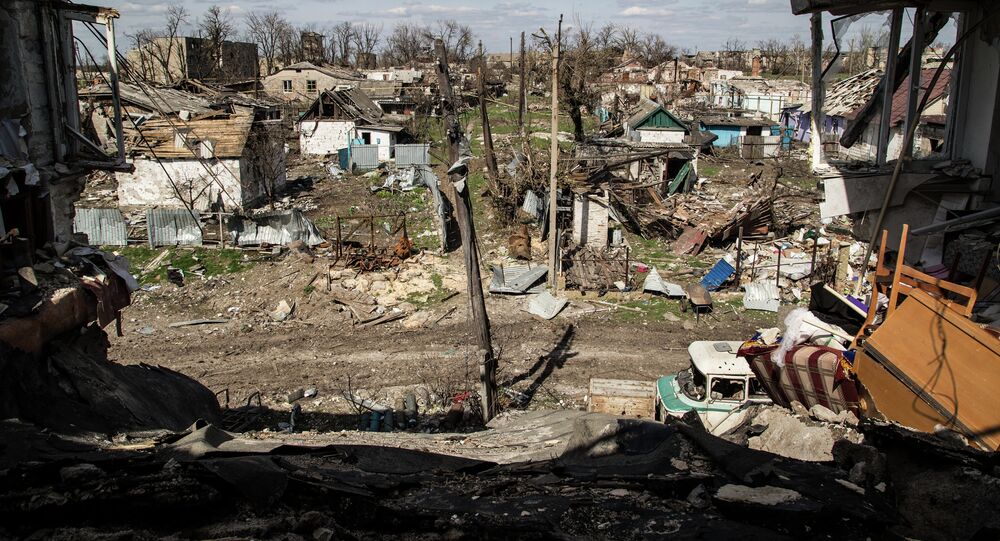 The Head of the foreign affairs committee of the lower house of Russia's parliament has pointed to an interdependence between shelling in Donbass and the EU’s anti-Russia sanctions prolongation.

MOSCOW (Sputnik) – Head of the foreign affairs committee of the lower house of Russia's parliament Alexei Pushkov has pointed to an interdependence between shelling in southeastern Ukraine (Donbass) and the European Union’s anti-Russia sanctions introduced over Western allegations of Moscow’s involvement in the Ukrainian crisis.

"The closer the day when the EU will decide whether to prolong sanctions against Russia, the stronger the shelling of Donbass from the Kiev side," Pushkov wrote on his Twitter page on Thursday, adding that this is a "consistent pattern."

Last year, the United States, the European Union and some of their allies imposed economic sanctions on Moscow after the Black Sea peninsula of Crimea rejoined Russia following a referendum, unrecognized by the West.

© AFP 2021 / DIMITAR DILKOFF
Russia 'Deeply Concerned' Over Ukrainian Army’s Provocations in Donbass
More sanctions followed as Western countries accused Russia of playing a part in the escalation of the conflict in eastern Ukraine, a claim denied by the Kremlin. The possible extension of sanctions is expected to be discussed at an EU summit on June 25-26.

The Donbass conflict escalated in mid-April, 2014, when Kiev forces launched a military operation against local independence fighters. In February, following talks between the leaders of Russia, Germany, France and Ukraine in the Belarusian capital, Minsk, Kiev signed a ceasefire agreement with the Donbass self-proclaimed people’s republics of Donetsk and Lugansk (DPR and LPR).

DPR reported an upsurge in shelling at the start of this month. Kiev claimed that independence fighters in the Donetsk area were making advances in the direction of Ukrainian government forces in southeastern Ukraine.