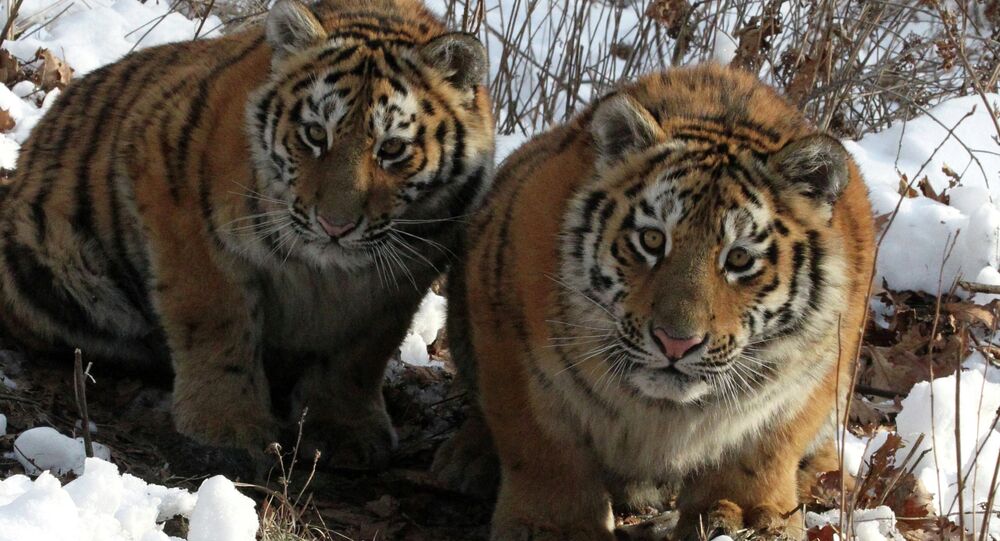 Russia's Siberian Tigers Back From Brink of Extinction Thanks to President

A recent census of Amur (Siberian) tigers inhabiting Russia’s Far East, home to 95 per cent of the global population of Amur tigers, reveals that the big cats have increased in numbers, largely due to a conservation program launched with the support of the Russian government and through the personal efforts of President Vladimir Putin.

The Amur (Siberian) tiger population, which was recently almost on the brink of extinction, is now happily roaring back.

The preliminary results of a recent census, launched with the support of the Russian government and which received the personal attention of President Putin, reveal that there are between 480 and 540 big cats roaming throughout their existing range in Russia’s Far East, with around 100 of these known to be cubs. 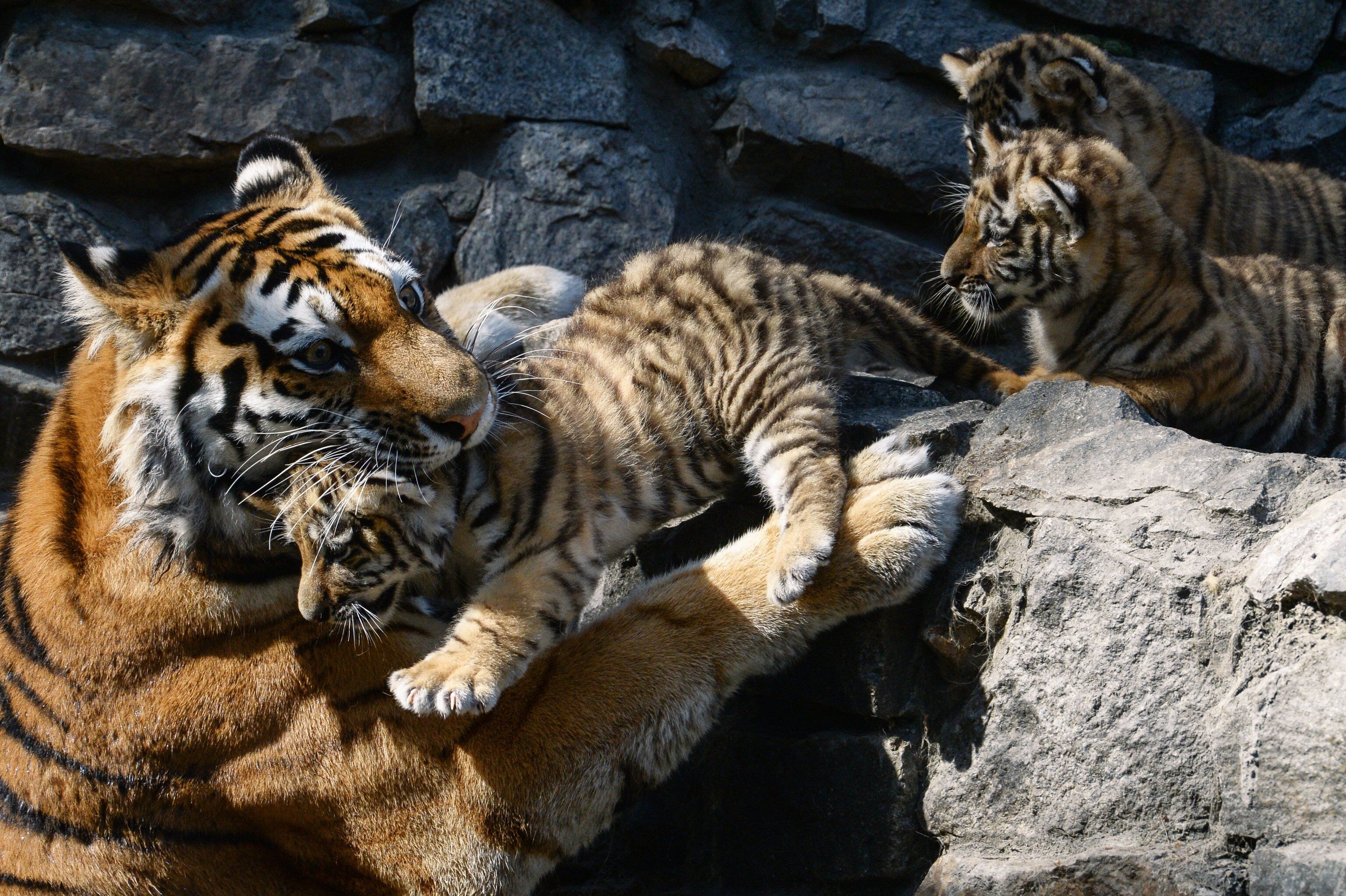 “So far, we can say that there are about 510 Amur tigers living in the wild now. This is more than during the 2005 count. Back then, there were 450 tigers. So we’re looking at an increase of about 15 percent. I think that it’s a stable dynamic,” the Russian Minister of Natural Resources and Environment Sergei Donskoi said at a recent government ministers' meeting with President Putin. 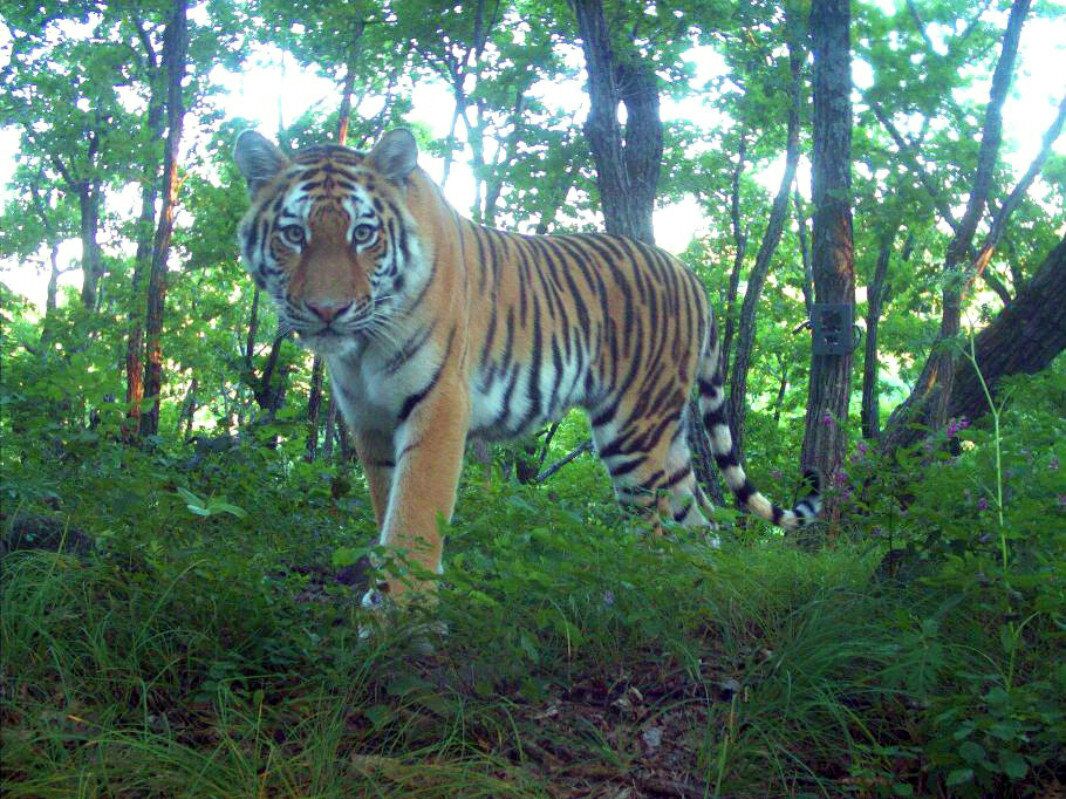 The minister added that the Far Eastern Primorye Territory is home to 310-330 adult tigers and 70-85 cubs. There are also 80-95 tigers and 20-30 cubs in Khabarovsk Territory, four adult tigers in the Jewish Autonomous Region and two in the Amur Region.

Organized by the Russian government with the support of the Amur Tiger Center and WWF, the current census covered over 150,000 square kilometers of the endangered animal’s habitats. 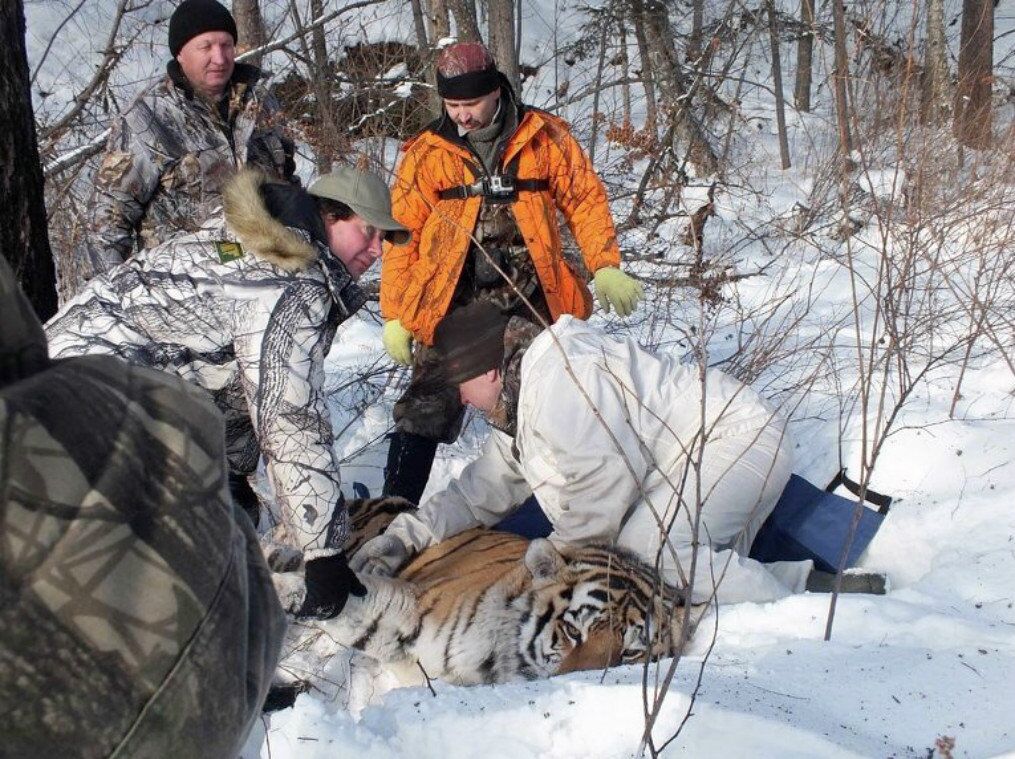 programmes.putin.kremlin
Tiger found in the Amur Region is virus free

About 2,000 specialists were involved in the field research, and the use of technology aided the count.

It is interesting to know that each tiger has a unique coat pattern, just like each person's fingerprints are unique. 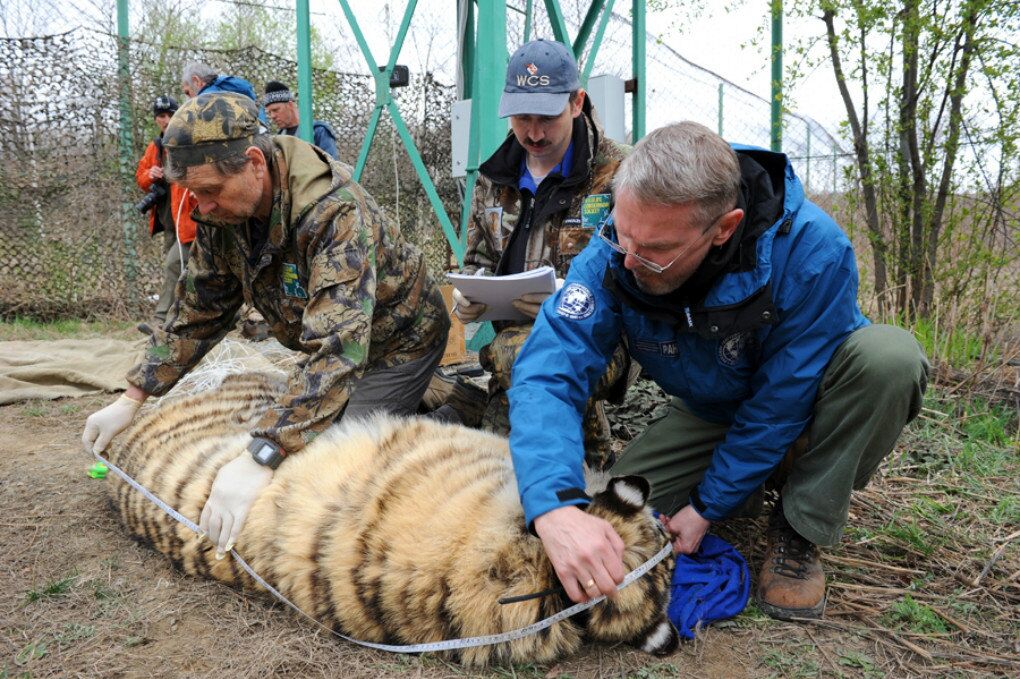 The researchers used so-called photo-traps, used for making observations at a distance – cameras, installed in the taiga at fixed intervals along the tigers' likely routes.

Each photo-trap had a special flash card. Based on data supplied by photo-traps (similar to fingerprint analysis), scientists made individual cards to enter information on each tiger living in the area.

Scientists also used special loops to capture tigers: in order to attract a tiger into the loop, a special mark was left on a tree under which a loop was installed. Once a tiger got caught in the loop, a collar was fastened around its neck to study the whereabouts of the cat.

Attached to the collar is a satellite-linked GPS navigator and a transmitter. Information about the position of the tiger is transmitted to a computer in real time.

Tigers quickly get used to wearing the transmitter, which is relatively light. The GPS collar's battery life is about 18 months, after which the collar will automatically unfasten.

"The key is strong political support. Where we have it, in countries like Russia and India, we are seeing tremendous results," said Mike Baltzer, who leads the WWF Tigers Alive Initiative.  "However, in South East Asia, where political support is weaker, we are facing a crisis. These countries stand to lose their tigers if urgent action isn't taken immediately." 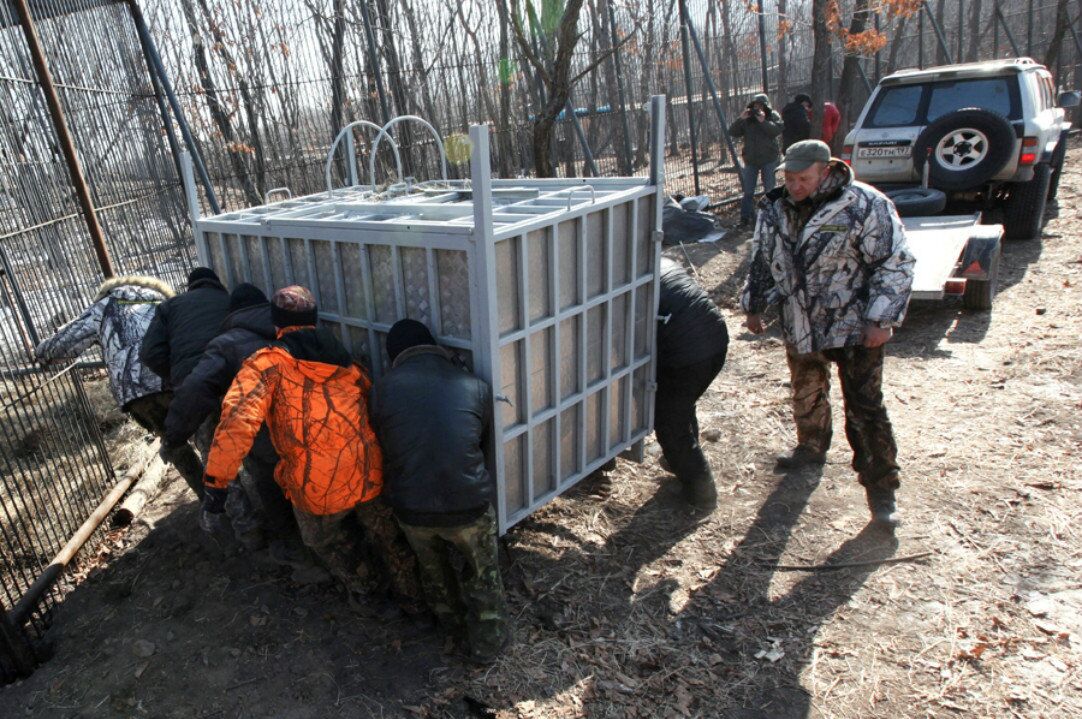 Recent anti-poaching efforts have been integral to the rise in tiger numbers, with tougher punishments and the introduction of criminal charges for the illegal hunting, storage and trafficking of endangered animals and their parts.

The WWF is urging every tiger country to conduct a census as this is a critical component of efforts to double global tiger numbers by 2022, a goal known as Tx2. 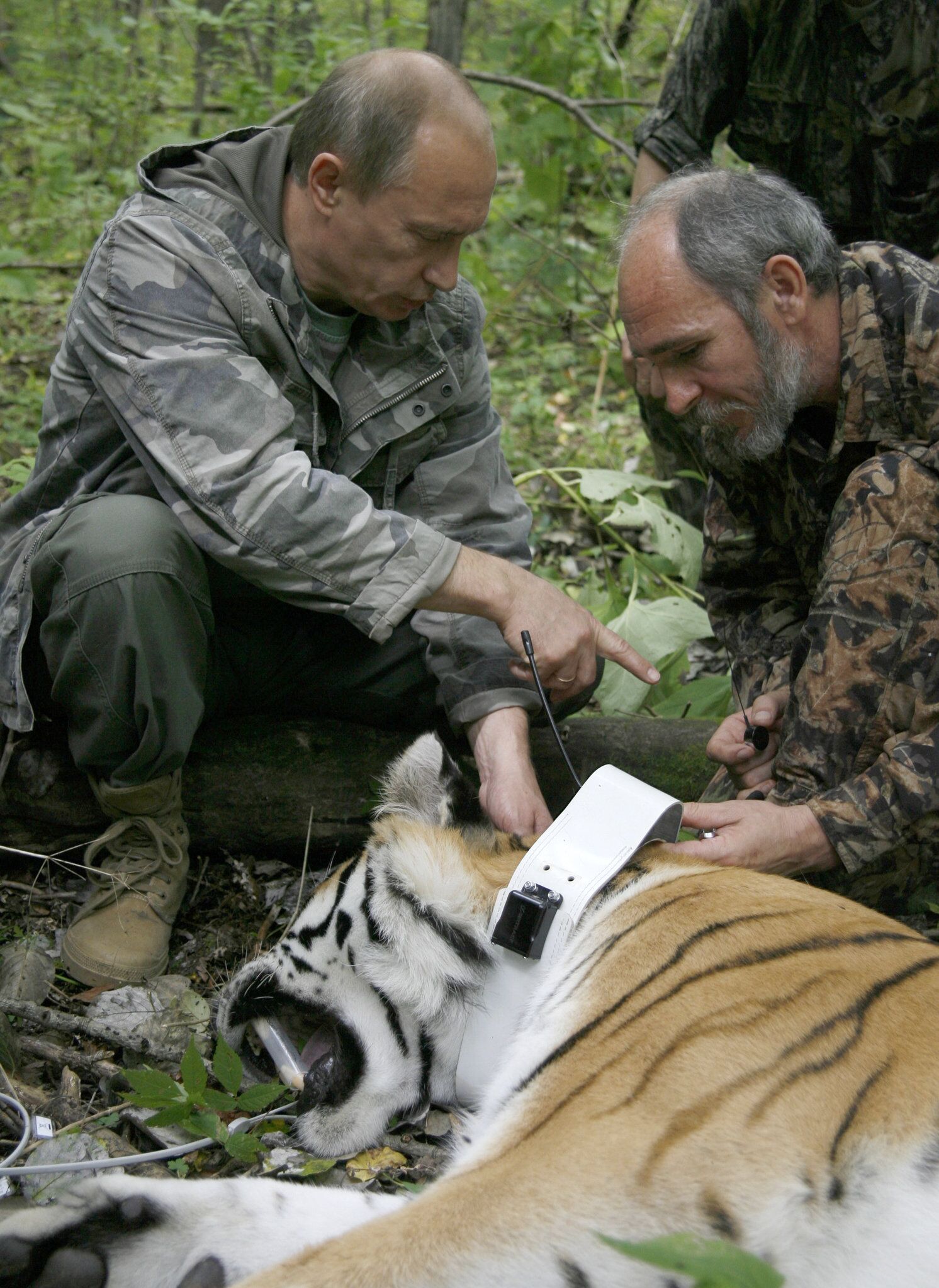 © Sputnik / Alexei Druzhinin
August 31, 2008. Russian Prime Minister Vladimir Putin, left, and Senior Researcher of the Ecology and Evolution Problems Institute of the Russian Academy of Sciences Viktor Lukaretsky, right, putting a GPS-Argos transmitter neckstrap on a five year-old tigress, temporarily immobilized by scientists, during a visit to the Ussuri Reserve in the Far East

President Putin personally took part in Amur tiger conservation program. In May 2014 he himself released five tiger cubs into the wild.

The final results of the Amur tiger census in Russia are set to be released in October 2015.

Amur Tiger Returns to Russia After 20-Day Stay in China