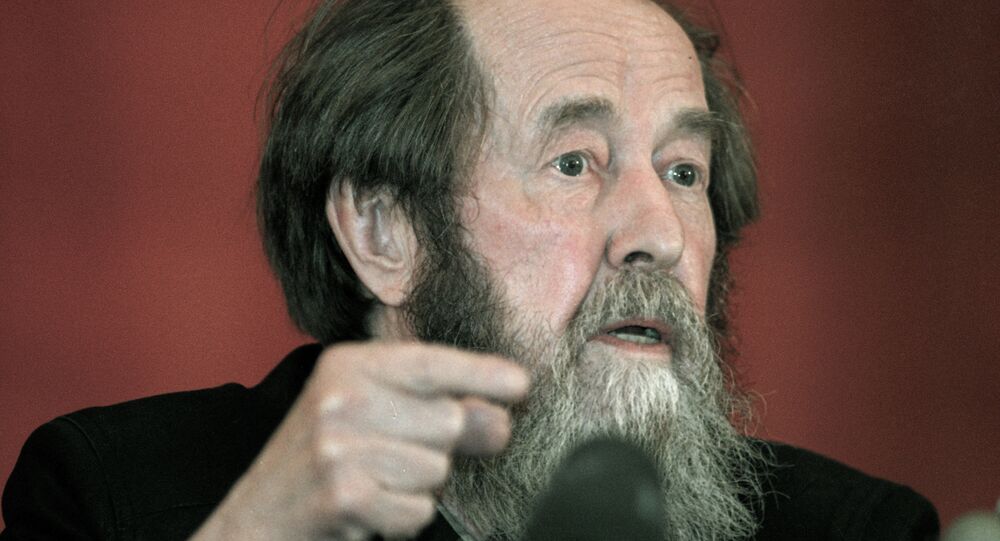 The first museum dedicated to the writer opened on Sunday in his home town of Kislovodsk in southern Russia.

Twitter / wayf44rer
Russian Orthodox Church Outraged by Appearance of 'Stalin Icon'
The Aleksandr Solzhenitsyn Museum opened on Sunday in the house where the writer spent his early years, in Kislovodsk, a spa city in Russia's Stavropol Krai.

The museum is situated in the house of Solzhenitsyn's aunt, Maria Gorina, where the writer lived from 1920 to 1924.

In 2008 the house was declared to be an object of national cultural significance by presidential decree, and in 2009 it was given to the State Literature Museum, in order to be restored with a view to its eventual use as a museum. 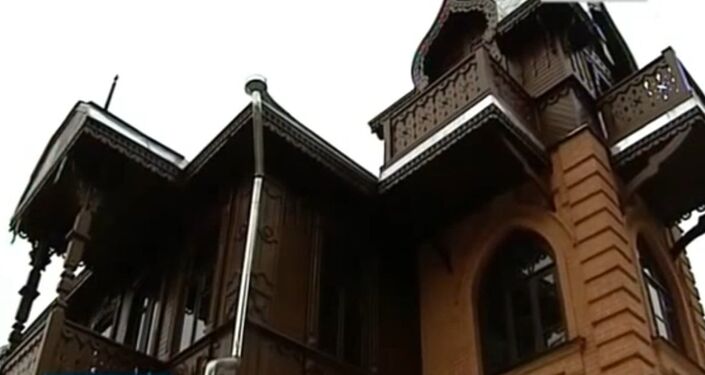 YouTube/@State Literary Museum
The Solzhenitsyn Museum, which opened on Sunday.
The museum's exposition consists of photographs, books and video materials which pay testament to the life of the writer. The path of Solzhenitsyn's life is traced from his childhood and youth to his first steps in literature and teaching, and his experiences of war, revolution, prison and exile.

Visitors to the museum will be able to listen to audio and video material including readings by Solzhenitsyn himself, interviews and films about the author. As a cultural center, the museum will also feature a space for lectures, seminars and video presentations.

"I would like the museum to be useful to the younger generations of Kislovodsk and the northern Caucusus," said the writer's widow Natalia Solzhenitsyn at the opening. "After all, all Aleksandr Isaevich's roots are from here."

© Wikipedia / pliskin1
First Ever Soviet Nuclear Submarine K3 to Become Museum
In addition to the exhibition of the life of Solzhenitsyn, an interactive exhibition on the town of Kislovodsk allows visitors to experience what the resort was like during the prewar years when the author lived there, before he moved with his mother to Rostov-on-Don in 1924.

Solzhenitsyn was awarded the Nobel Prize for Literature in 1970 "for the ethical force with which he has pursued the indispensable traditions of Russian literature." The writer was stripped of Soviet citizenship in 1974 and deported from the country; he returned to Russia in 1994.

"Aleksandr Isaevich always believed he would return to Russia, that's how strong his spiritual connection was … and he returned," said film director Stanislav Govorukhin at the ceremony on Sunday. "Today's opening of the museum is another return of the great writer to his homeland."

'The City of the Winners': WWII Victory Exhibition in Moscow Museum

Another Night at the Museum, Moscow Style

US Ambassador to Japan Visits Hiroshima Museum for First Time