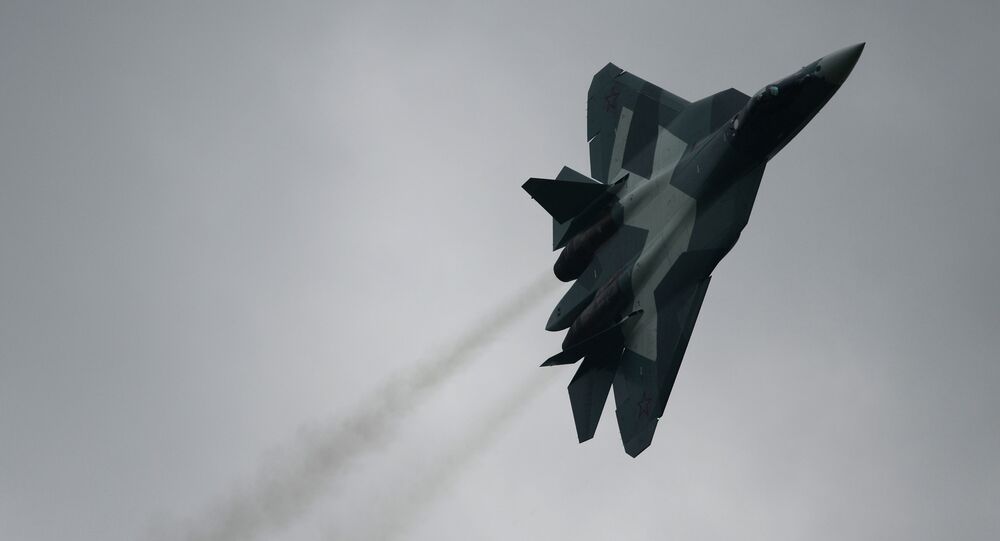 © Sputnik / Grigori Sysoev
Russia to Buy as Many T-50 PAK-FA Fighters as Manufacturers Can Produce
The Sukhoi PAK FA fighter jet, also known as T-50, is ready to go into production next year, and boasts innovative technology which renders the pilot one part of the plane’s control system.

“The PAK FA is already to some degree a flying robot, where the aviator fulfils the function not only of pilot, but is actually one of the constituent parts of the flying apparatus,” explained Vladimir Mikheyev, deputy head of KRET, which is a unit of Rostech Corporation.

At present the US is the only country to have operational fifth-generation aircraft – the F22 Raptor and F35 Lightning II.

In December 2014 Russia’s United Aircraft Corporation announced that production of the fighter was ready to begin in 2016, following the completion of the testing phase.