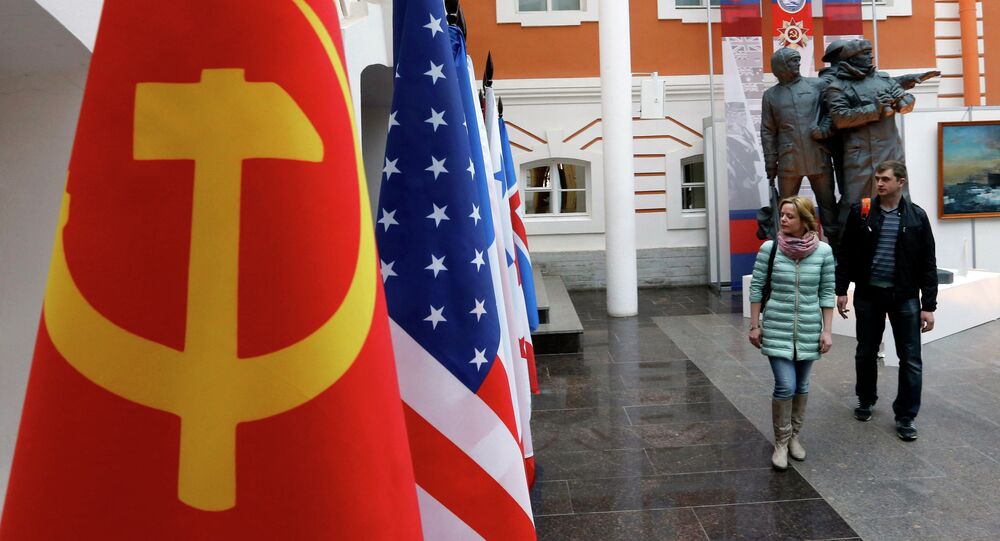 The crisis in Ukraine, which began when the country's then president Viktor Yanukovych postponed signing an Association Agreement with the European Union plunging the country into civil war, has led to many western political figures and observers asserting that Russia's president, Vladimir Putin, is trying to turn back the clock, even to rebuild the USSR.

According to a new research paper titled  - A 'New Cold War'? Abusing History, Misunderstanding Russia — the western narrative, though seductive, is misleading, making it harder for the West to craft realistic policies with respect both to the Ukraine crisis and Russia generally.

This is not a 'New Cold War'. And the analogy isn't helping.

The paper argues that debating Russia in terms of a 'new Cold War' is counterproductive because it leads to poor framing of the problem.

"It anchors western public policy thinking about Russia to a simplistic and often inaccurate, even mythical, past. The debate is usually presented in euphonious and familiar, but often partial and misleading."

The paper asserts that there is fundamental disagreement between the West and Moscow over Russia's representation in European security and Moscow's desire for a greater voice. This deceptively deep division in how European security — and the roles of Russia and NATO in it — is understood by both sides to lie at the heart of most current and likely future problems in the relationship.

"Russia sees European security as fragmented into at least two different tiers, one of which is the Organization for Security and Co-operation in Europe (OSCE), which is a political guarantee and the other, which is NATO and the European Union, which has both political and legal guarantees. This lies behind the problems with NATO enlargement."

Monaghan says the enlargement of NATO after the fall of the Eastern Bloc and the break-up of the USSR is one of the main issues at the root of the problem.

"NATO's official [phrase] for this is the Open Door Policy, but Russia obviously calls it expansion. As far as I am aware, the promise that was made is one of these differences of opinion. Certain statements were made by western leaders, including the German foreign minister at the time, that there would not be enlargement, but this was never actually formally promised to the Soviet leadership."

"NATO maintains its Open Door Policy regardless, at the moment, and I think that is certainly an additional problem in the relationship now. So you have a problem of trust and a fundamental disagreement in how European security is seen and understood and is likely to be for the short-to-medium term at least," Monaghan told Sputnik.