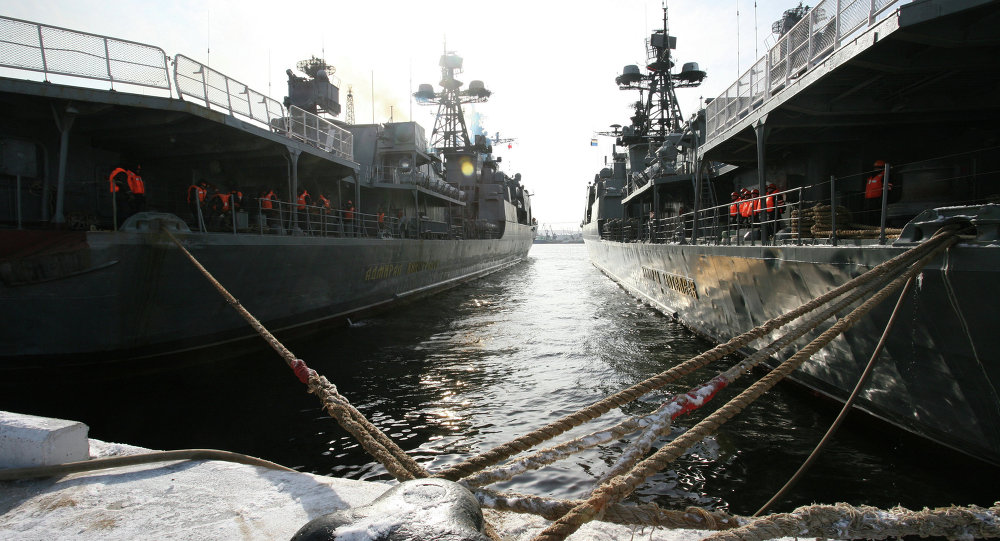 Russian Pacific Fleet to Get Newest ‘Gromky’ Corvette Before November 2016

The ship is being built according to schedule. The first corvette of the newest class was built in the Far East and launched on May 25.

The ‘Gromky’ corvette will be delivered to the Pacific Fleet of the Russian Federation before November 2016, RIA Novosti reported.

The first corvette of the new type (Project 20380) was built in the Far East and launched in Komsomolsk-on-Amur on May 25.

"The building process is underway in accordance with the technological schedule… The Pacific Fleet will receive the ship not later than in November 2016," an official representative of the United Shipbuilding Corporation said.

New ships have a dead weight of 2000 tons, a length of 100 meters and a maximum speed of 27 knots.
They are armed with the anti-ship missile complex "Uranus," anti-aircraft missile system "Redut" and anti-submarine system "Packet-NK."

The corvettes are vessels of the newest class designed to replace Soviet corvettes built in 1970-1990. They are usually used for off-coast operations against enemy submarines and fire support of landing operations.