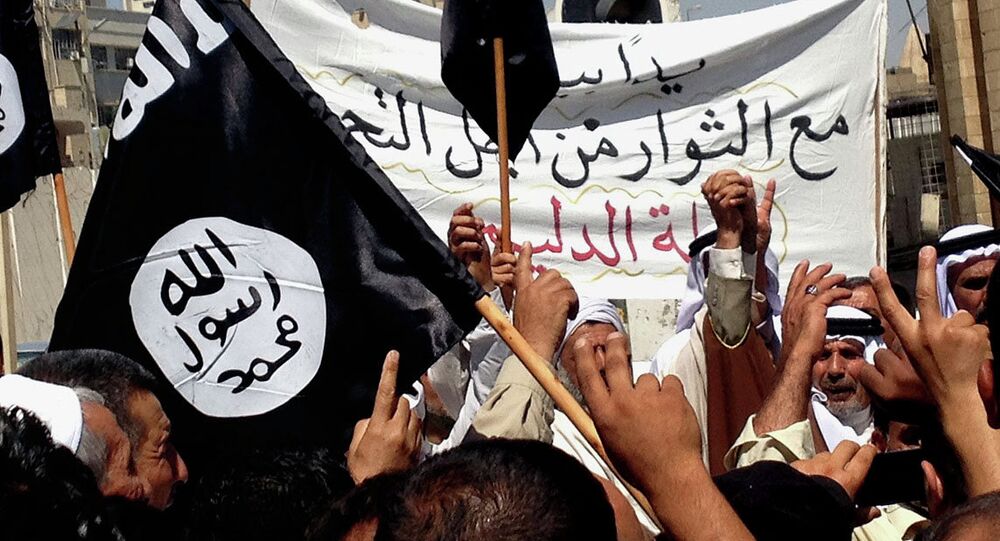 © AFP 2021 / AHMAD AL-RUBAYE
Iraq Hopes for Russia to Supply Arms, Ammunition to Fight Against ISIL
MOSCOW (Sputnik) — The US group, dedicated to monitoring jihadist activities online, posted a picture of what appears to be the cover of the first Russian-language edition, issued in the seventh month of the Islamic calendar between April 20 and May 12.

"Al-Hayat Media Center, the foreign-language media division of the Islamic State (IS), released a new Russian magazine it titled ‘The Source,’" the SITE Intelligence Group claimed.

According to the Al-Hayat website, it seeks to address Muslims in several foreign languages. Its stated goal is to "match global media channels" using "high-quality and highly sophisticated technology," although the contents do not support this claim.

In April, Russian Foreign Minister Sergei Lavrov described ISIL as Russia’s archenemy due to its ability to draw hundreds of Russian citizens under its banners. The country's security officials said earlier that some warlords in Russia's turbulent North Caucasus region had pledged allegiance to the Islamic State.