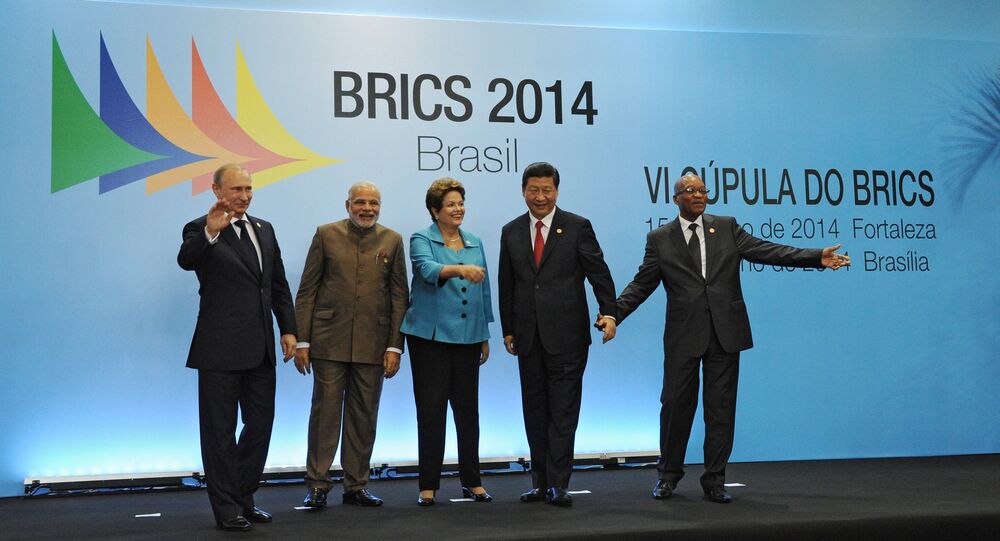 The BRICS countries – Russia, India, China, Brazil and South Africa – find themselves in a special risk zone, facing the threat of artificial exacerbation of ethnic tensions inside each of them, the head of Russia’s Security Council warned Tuesday.

© Sputnik
West Pulls Out $3.5 Trillion From BRICS to Pressure the Group - Official
“With our countries’ enormous resources and development prospects in mind, we have every reason to believe that the BRICS member-states are in a special risk zone,” Nikolai Patrushev told an annual meeting of national security officials of the five-nation bloc.

“The developments of the past few years indicate that misinformation, artificial exacerbation of ethnic, religious and cultural differences, rather than military means, will be used to check our progress,” Patrushev emphasized.

He mentioned the increasing use by the West of international financial institutions for this purpose, with the total capital outflow from the BRICS countries over the past decade amounting to at least $3.5 trillion dollars.

Nikolai Patrushev then underscored the urgent need for BRICS to establish its very own development bank.

West Pulls Out $3.5 Trillion From BRICS to Pressure the Group - Official