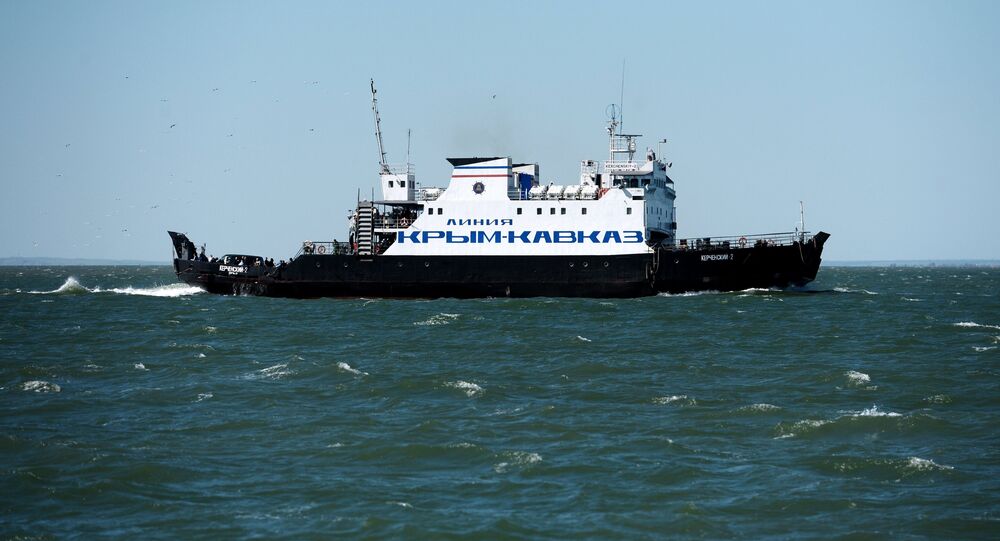 The Kerch ferry reconstruction has been completed while its passenger throughput has been increased up to 50,000 people per day, according to Russian Deputy Prime Minister Dmitry Kozak.

© Sputnik / Konstantin Chalabov
Wording of Discord: Armenia, Belarus Refuse to Sign Riga Summit Declaration Over Crimea
The Kerch ferry reconstruction has been finished, according to Russian Deputy Prime Minister Dmitry Kozak, who pointed out that the ferry throughput increased to 50,000 passengers, 10,000 cars and thousands of trucks per day.

"A large-scale reconstruction of the Kerch ferry has been finally completed, and its capacity increased to 50,000 passengers and 10,000 cars, and thousands of trucks a day" Kozak stated.

"As of today, there are no queues," he elaborated, adding that due to new services passengers can get real-time information about the weather, the situation on the ferry as well as to reserve tickets and join an electronic queue.

The Kerch ferry runs across the narrowest part of the Strait of Kerch (about five kilometers) connecting the Crimean Peninsula and mainland Russia. Its reconstruction was meant to eliminate long tourist queues, caused by an influx in traffic after Crimea's reunification with Russia in 2014.