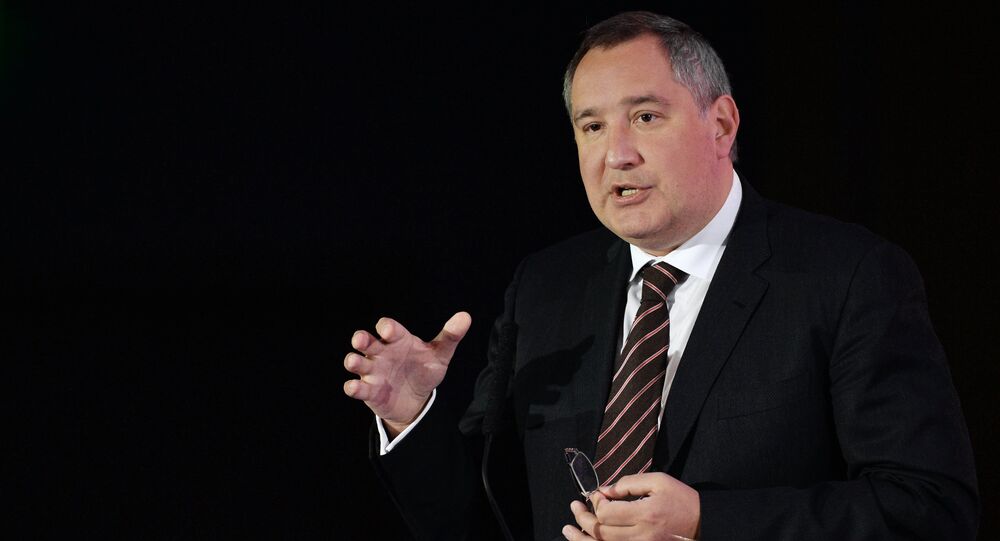 Deputy MP: Corruption,Accidents in Space Sector Cause for Determined Reform

Appearing on Russian television on Sunday to talk about the problems faced by the Russian space industry, Deputy Prime Minister Dmitri Rogozin noted that the sector as a whole must continue to carry out a program of reform and consolidation in a persistent and determined manner, regardless of any potential setbacks.

© Sputnik / Oleg Urusov
Proton Carrier Rocket Accident Hurts Russia's Reputation - Medvedev
Speaking on NTV's 'This Week's Events' program, Rogozin commented on the sector's problems, which include corruption scandals and a series of launch accidents, noting that unlike the arms industry, which began a systemic and exhaustive reform program three years ago, the reform program of the Russian space sector began only a year-and-a-half ago, amid a crisis brought on by a number of launch accidents. In this connection, Rogozin noted that reforms must continue to be carried out "firmly, doggedly, persistently, and regardless of setbacks, from which we are not yet immune."

Commenting on the recent accident involving a Proton-M rocket carrying a Mexican satellite, Rogozin noted that much work remains to be done, stating that a big part of the problem is the rocketry industry's 'old thinking' in the way it does things.

Rogozin emphasized that "if in the aviation industry we cannot imagine the creation of new aircraft without digital modeling, at Roscosmos, design offices are still working on a drawing table, pencil in hand."

He also noted that the industry's approach to finding the causes of failures and accidents is based "on intuition" and common sense, rather than the use of mathematical situational models. The deputy prime minister noted that this outdated approach is made especially difficult when the rockets fall into the ocean or burn up in the atmosphere, which makes investigation of physical evidence impossible.

© Sputnik / Michail Kutuzov
Russia Discloses $182-Million in Corruption in Space Industry Company
Regarding corruption in the industry, including a recent report by the Russian Accounts Chamber that Roscosmos misused up to $1.8 billion in state funds, Rogozin noted that those held responsible must be prosecuted and punished, but at the same time, figures should not be pulled out of thin air. He noted that the misuse and inefficient allocation of funds does not necessarily mean that they were stolen.

"There are figures linked to fraud and theft, but these figures are, first of all, an order of magnitude lower, although they too are extremely disturbing and have assisted in the degradation of the economic situation among a number of space enterprises. And secondly, for all these figures, criminal cases have been opened and arrests are being made."

© Sputnik / Oleg Urusov
Russian Space Program Costs Soar 30% Over Sanctions
Rogozin has been a consistent proponent of wide-ranging reform in the space sector, stating that the industry faces a systemic crisis and should have begun comprehensive reform a decade ago. In his view, the necessary reforms include more personal responsibility, consolidation of the industry, attracting new cadre and thorough technical modernization. Russian space industry experts have echoed Rogozin's concerns, stating that the industry's chief priorities must include the reestablishment of the technological chain, broken by the reforms of the 1990s, along with reforms to break free of middle men, and the establishment of a system of unified control.

Earlier this month, citing successful reforms in the defense industry, which once faced a similar crisis, and at Rosatom, Russia's atomic energy company, Rogozin expressed his confidence "that Roscosmos colleagues will improve their industry too."