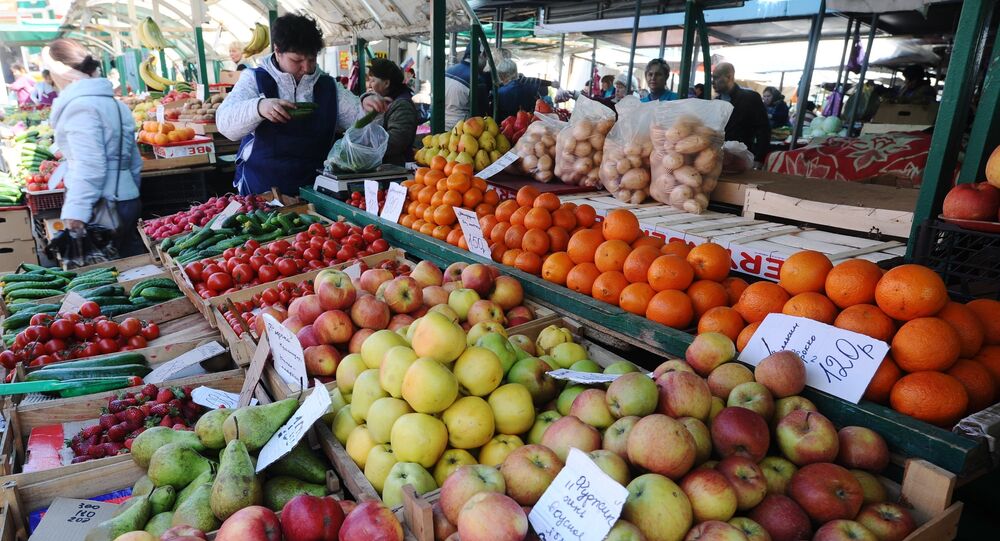 Firms from Cyprus, Greece, and Hungary - the leading critics of EU sanctions - will be first in line to restart food exports if relations improve, a senior Russian official said on Tuesday.

© Sputnik / Ruslan Krivobok
Russia's Response to Sanctions 'the Best it Could Be' - US Consulting Group
Sergei Dankvert, the head of Russia’s food safety authority, Rosselkhoznadzor, told a news briefing in Moscow that about 20 companies from the three countries already qualified following technical inspections.

He said Russia would like to go further, but complained the issue was clouded by politics, EUobserver online newspaper reported on Wednesday.

Moscow imposed the ban on most EU food exports last August in response to EU economic measures on its banks, arms firms, and energy companies.

The Russian sanctions expire on August 7.

The EU measures end in July unless they are renewed by consensus. But EU leaders, at a summit in March, announced a “political agreement” to extend them until the end of the year.

He noted that Russia has, in the meantime, increased imports of cheese, other dairy products, and seafood from Asia, Latin America, and North Africa.

“The ‘forbidden’ foods have been absent from our shelves for almost a year, and … we have somehow survived”, he said.

Western Sanctions Give Impetus to Development of Russian Economy – Lawmaker