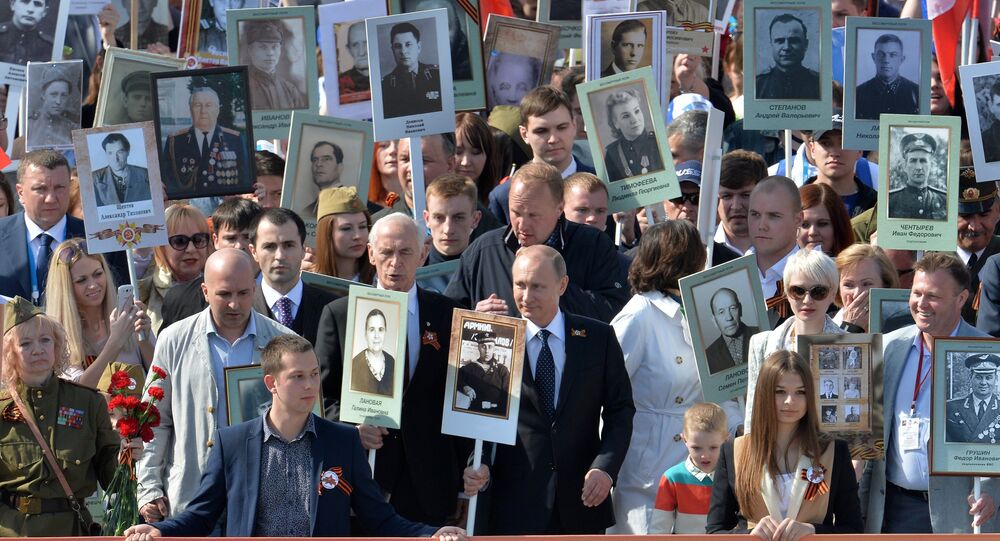 All attempts by Western countries to put political and economic pressure on Russia have failed. If anything, they have helped Vladimir Putin to become an even more popular leader, Boulevard Voltaire said.

Over the last year, Russia has gone through some tough times — the political isolation from the West over the country's alleged intervention in the Ukrainian crisis, the fall of the ruble and economic sanctions.

However, at the end of the day, Russian President Vladimir Putin came out as a victor from all the adversities and should even thank the West for giving him an opportunity to strengthen his country, open up new economic venues and unite his citizens under a new national idea, French magazine Boulevard Voltaire reported.

© Sputnik / Vladimir Fedorenko
Western Sanctions Give Impetus to Development of Russian Economy – Lawmaker
After the Western-backed illegal coup that ousted officially elected Ukrainian president Viktor Yanukovych in February 2014 and the start of the Ukrainian civil war, Russia was able to re-unite with Crimea. The people of the Crimean peninsula did not accept the illegal coup in Kiev and voted to get out of Ukraine and join back the Russian Federation. Thus, Russia ended up expanding its territory, Boulevard Voltaire said.

Although Western sanctions against Russia hurt the country's economy, they forced Russia to reconsider its economic policies, look for new business partners and strive towards economic independence by developing domestic industries. The road may be long and hard, but the end result will be sure worth it.

Western isolation gave Moscow a chance to develop new relationships with its Eastern neighbors. Russia has pursued a great deal of economic, financial and military cooperation with China and India over the past year. The West, on the other hand, missed out on great economic opportunities by turning Russia from a potential partner to an adversary, Boulevard Voltaire argued.

© Sputnik / Vladimir Pesnya
Hundreds of Thousands March Through Moscow in Memory of ‘Immortal Regiment’
By rejecting their invitations to the Moscow Victory Day Parade on May 9, Western leaders not only insulted Putin personally, but the entire Russian population. The march of the Immortal Regiment demonstrated that most Russians were behind their president. People may not like Joseph Stalin, but everyone holds dear the Soviet Union's victory over Nazi Germany. Western attempts to play down the role of the Soviet army in World War II certainly did not find support among ordinary Russians.

Thanks to Western attempts to pressure Russia, Putin has become the undisputed leader of the country that cherishes its history and values, Boulevard Voltaire concluded.