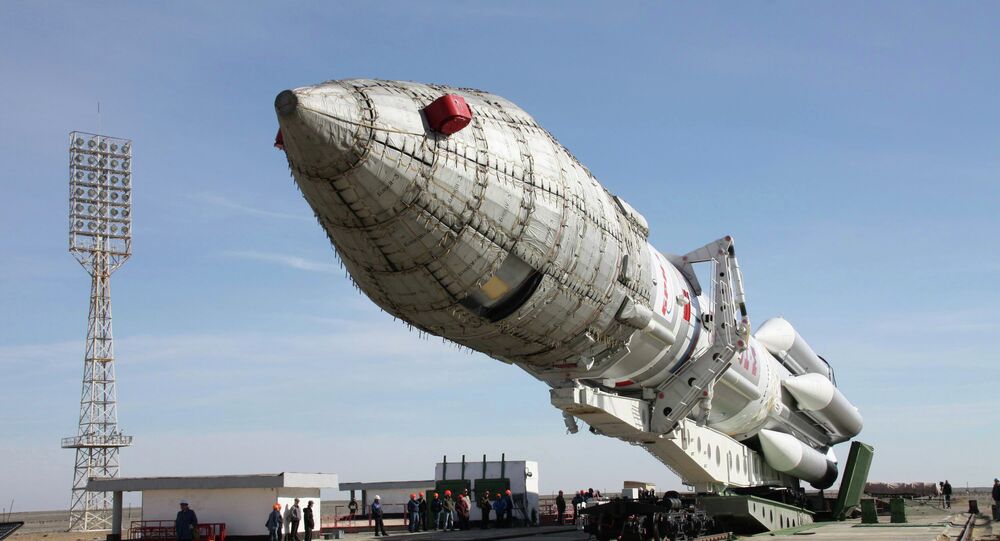 Russia is working on its unitary space system of early warning missile strikes according to the schedule.

"We have got no questions on the state defense order. The schedule prescribes work in progress on the creation of a unitary space system that provides a full space tier system of missile approach warning. We are meeting the schedule," Rogozin said.

He added that there are no claims to the space industry, regarding both spacecraft and strategic missiles.

Russia Could Lose Market on Space Launches Without Cheaper Production

Russia may lose the upper hand on space launches if it does not make its production cheaper with new technology, Dmitry Rogozin said.

“In order to meet the ambitious tasks set before Roscosmos, which is being created into a state corporation, additive digital production and ‘robotization’ of general technology need to be mastered, which will make the cost value of production cheaper and increase labor production.”

Rogozin added that Russia is currently nine times behind the United States in work efficiency and if this is not changed, then Russia’s market on the launching of space vehicles would become more expensive than in the West.

“We currently hold 40 percent of the market on launching services, but can ‘be derailed’ very quickly with [our current] rates.”

“Yes, it is expensive and consumes nearly one third of overall funds. But if we stop now, there is no way we can return to it later. We need to keep it running,” he said.

Rogozin added that he was shown Russia’s new spacecraft for future manned flights during his recent visit to the Rocket and Space Corporation Energia.

© Sputnik / Sergey Mamontov
Russia Should Consider Launching Super-Heavy Rockets From Vostochny – Putin
"We saw the new spaceship that will replace the existing one. Incidentally, the second development phase of the Vostochny cosmodrome will be about building a new launching pad for this new spacecraft," Rogozin told Russian lawmakers.

Russia has an ambitious space exploration agenda for decades ahead. It includes a manned mission to explore the Moon and the construction of a super-heavy rocket needed to send spacecraft beyond Earth's orbit.

According to the Russian space agency Roscosmos, the Federal Space Program will have a budget of roughly $37 billion to last it through 2025.