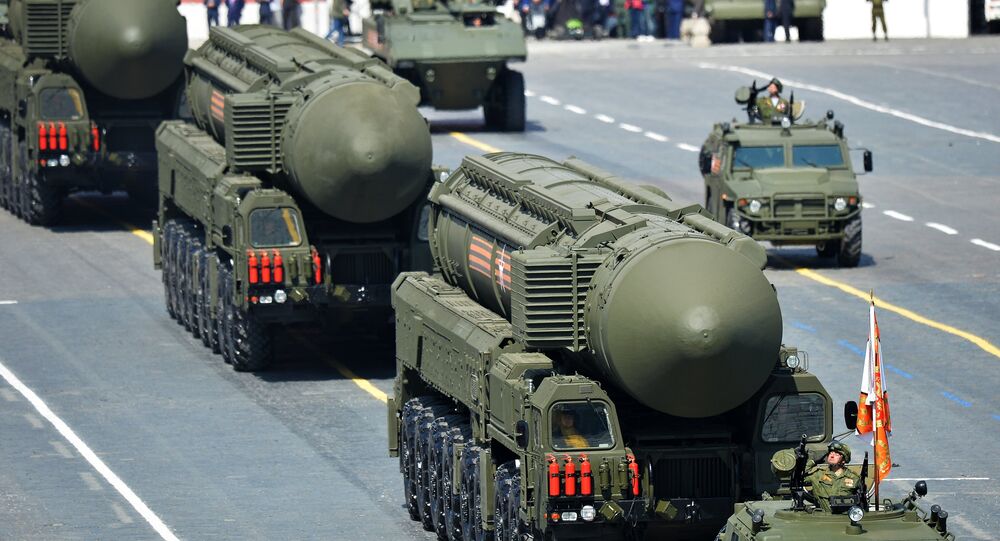 US Actions May Prompt Russia to Consider Increasing Nuclear Arsenal

Mikhail Ulyanov, the Director of the Department for Non-Proliferation and Arms Control at the Russian Foreign Ministry, warned that US measures undermining global strategic stability may force Russia to grow its nuclear arsenal instead of carrying out further disarmament.

Speaking at the Review Conference of the Parties to the Treaty on Non-Proliferation of Nuclear Weapons in New York on Friday, Ulyanov stated that the US proposal to reduce the total number of deployed warheads by a third is based on their understanding that they will remain able to adequately defend themselves and their allies. Unfortunately, the official noted, "US actions have led to the appearance of completely contradictory factors which, in some circumstances, may even push Russia to begin increasing [its nuclear arsenal]."

Ulyanov clarified that "at the moment, we are not planning to do so, but what is being done by the Americans makes it very difficult, and maybe impossible, to see real prospects for further steps toward nuclear disarmament."

© AFP 2021 / BRENDAN SMIALOWSKI
Congress Votes to Suspend Funds for US Implementation of New START Treaty
Speaking of the factors standing in the way of further disarmament, Ulyanov cited the US missile defense program, the US refusal to negotiate on the ban on weapons in outer space, the US military's Prompt Global Strike (PGS) system, Washington's de facto refusal to ratify the Comprehensive Test Ban Treaty, and the serious imbalance in conventional weapons in Europe.

Ulyanov emphasized that Russia would continue to fulfill all its obligations under the Treaty on Strategic Offensive Arms. He noted that during the previous Review Conference, held in 2010, Russia had a total of 3,900 nuclear warheads. "Today, five years later, we have 1,582 warheads. This constitutes a reduction of two and a half times," the diplomat highlighted.

© Sputnik / Grigoriy Sisoev
Moscow Says No Objective Reasons for Keeping US Nuclear Arms in Europe
Ulyanov also noted that Russia remains "quite satisfied" with the START, adding that "at the moment, there are no factors which might make our continued participation in the treaty incompatible with the interests of the Russian Federation, although in theory, due to the actions of the United States, such a situation may arise, although we would not like it to."

Last month, Ulyanov stated that Russia is prepared for a dialogue on the question of nuclear disarmament, although it must be serious and devoid of what he called "double standards."