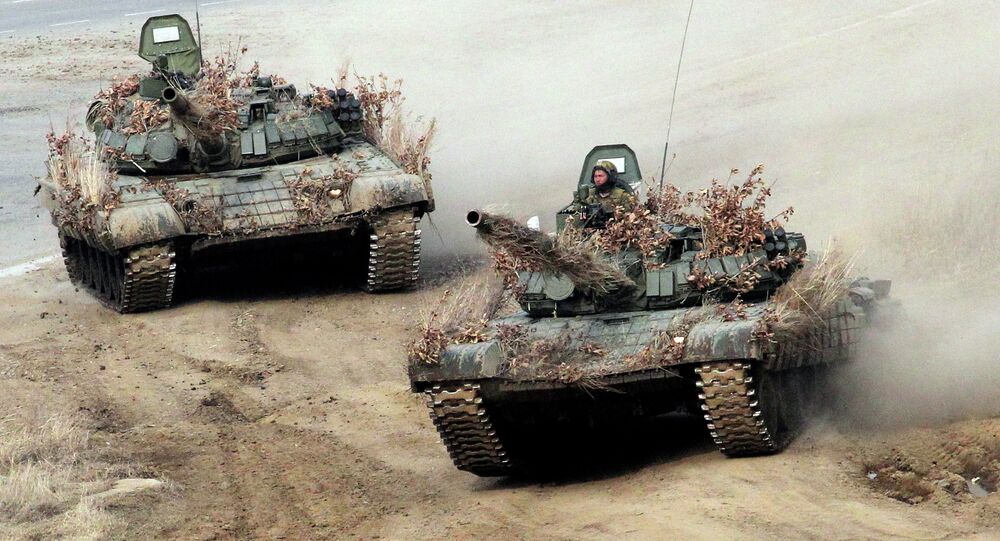 Russian Deputy Prime Minister Dmitry Rogozin has opened his country's first-ever tank park, or tankodrome, on the territory of the village of Prokhorovka in southwestern Russia, the site of an iconic tank battle in World War II.

© Sputnik / Mikhail Voskresensky
Russia's Armata T-14 Tank Sends Shivers Down Washington's Spine
Russia's first-ever tank park, or tankodrome, has been unveiled on the territory of the southwestern Russian village of Prokhorovka, the site of a legendary WWII tank battle between the Red Army and Nazi troops; the opening ceremony was attended by Russian Deputy Prime Minister Dmitry Rogozin, sources said.

"I am glad that the idea we discussed during a meeting of the Victory committee chaired by the President has begun to take shape in reality," Rogozin said.

"We certainly want to go ahead with this project, because no other country endured what this land endured during those most horrendous years. We will always remember the feat of our loved ones," he added.

The tankodrome, which has an area of 11 hectares, is Russia's first-ever demonstration range that will be available to the general public.

The tank park is part of a large-scale military museum currently undergoing massive expansion in Prokhorovka, located in the Belgorod region.

The next phase is the construction of an indoor exposition, where a wide array of armored vehicles will be on display and where an amusement park is due to be built.

© Sputnik / Ramil Sitdikov
Russian T-14 Armata: Most Powerful Tank in the World in Details
The decision to create the museum of armored vehicles was taken during last year's meeting of the Victory committee chaired by Russian President Vladimir Putin on July 12, 2014.

On that day in 1943, the Second World War's largest tank battle between Red Army and Nazi forces took place near Prokhorovka; it was part of the legendary Battle of Kursk. With both sides losing hundreds of armored vehicles and thousands of men, the battle finally helped the Soviet Union obtain a strategic advantage over Nazi Germany.