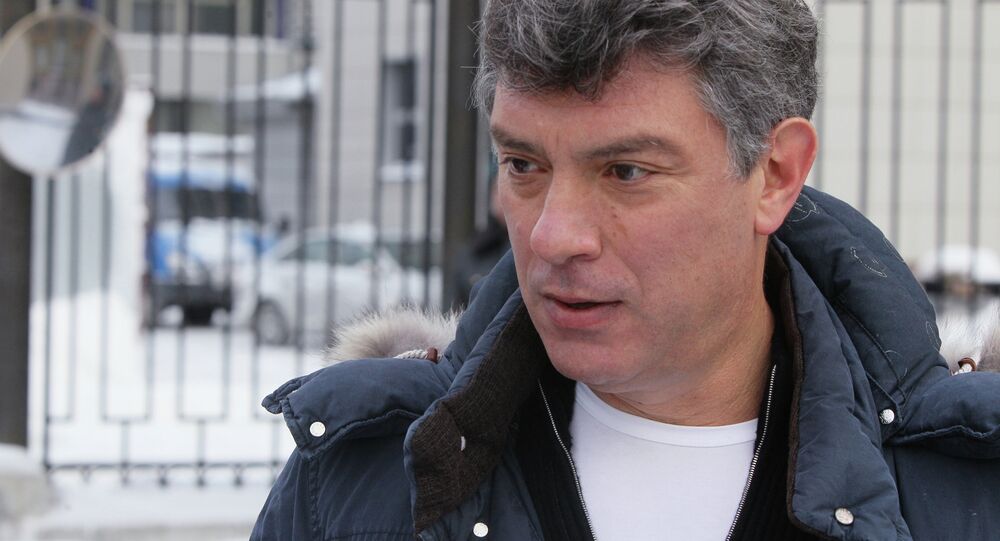 Begun shortly before his death and later completed and released by Russian opposition figures, the “Putin. War” report of Boris Nemtsov alleges Russian involvement in the conflict in eastern Ukraine. Speaking to Radio Sputnik, author Stephen Lendman explains how the West has seized on the report to strengthen its propaganda war against Moscow.

"It’s the latest example of Russia-bashing, of Putin-bashing," Lendman tells Radio Sputnik in relation to the report. "The whole world knows that Russia did not invade Ukraine. There aren’t Russian troops there, there aren’t Russian weapons there. Russia isn’t bombing Ukraine, Russia isn’t attacking Ukraine, Russia doesn’t threaten Ukraine. Everybody knows that, but they say the opposite."

To Lendman, the repeated allegations about Russia’s involvement in Ukraine is part of a shameless effort to maintain US global hegemony.

"So Russia and China are the two countries that America most wants to replace with puppet regimes that America controls, and that’s the issue going on."

"More and more people are abandoning that worthless news and turning to sources like Sputnik Radio, like RT International, like Press TV, because they want to know the real news, they want to know what’s going on, and they cannot find it out watching American television, or reading American publications."