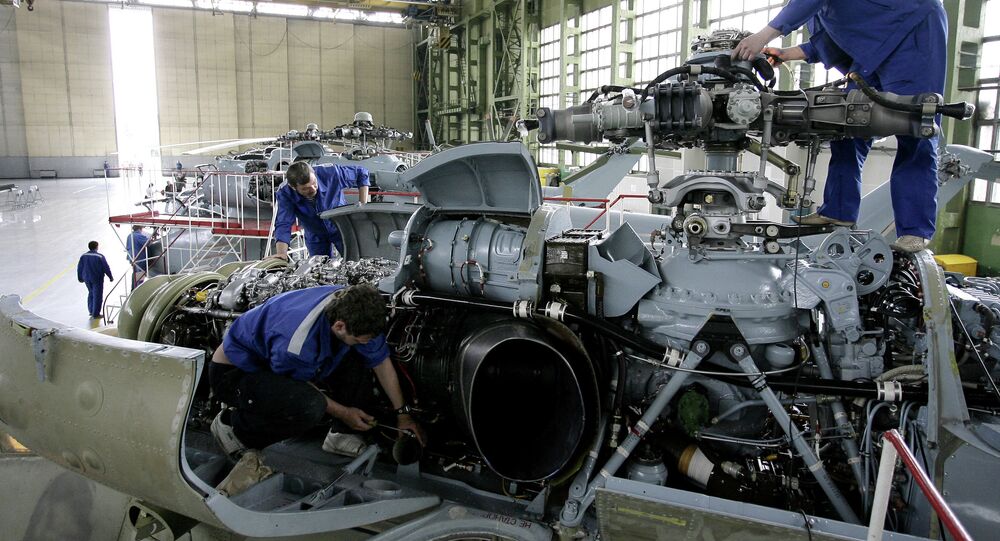 According to company's Deputy CEO for Production Andrey Shibitov, after three years of development, work on the Russian Advanced Commercial Helicopter (RACHEL) has been divided into two parts — "the program of research and development to achieve high rates of speed (at the first stage, 360-400 kilometers per hour [225-250 miles per hour], at the second- 400-450 kph and above), and a program to create a commercial helicopter."

© Sputnik / Vitaliy Ankov
Ka-52 Attack Helicopter: Fly Like a Butterfly, Sting Like an Alligator
9
Theoretical research has shown that the cost of the rotor craft flying at such speeds is likely to be "very high", Shibitov said. Therefore, the company's key priority now is making the helicopter's operating costs reasonable.

The RACHEL program was launched to build an eventual replacement for the Mi-8/17 helicopter family. The new vehicle will be a multipurpose helicopter and is expected to be built in different versions.