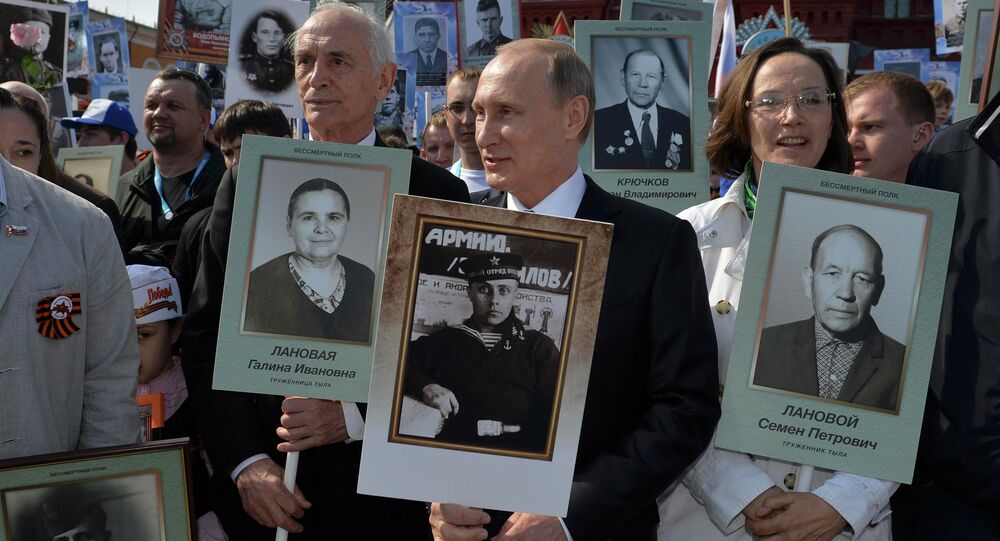 President Vladimir Putin said on Saturday that the "Immortal Regiment" march through Red Square testified to the strength and confidence of the Russian people.

© Sputnik / Vladimir Pesnya
Hundreds of Thousands March Through Moscow in Memory of ‘Immortal Regiment’
MOSCOW (Sputnik) – Putin joined a column of some 250,000 people carrying portraits of their relatives who fought in the Great Patriotic War of 1941-45. The nationwide commemorative WWII event is aimed at raising the level of patriotism among Russians.

"It affirms our commitment to keep the high bar set by the defenders of our Motherland," Putin said in televised remarks during the march.

"It also shows our confidence in ourselves, in our strength and in the bright future of our children," the president said.

Earlier in the day, Moscow hosted a large military parade to commemorate the 70th anniversary of victory over the Nazi Germany in the Second World War. The event was the biggest Russian military parade ever held, with about 16,500 troops and almost 200 units of military hardware participating.

About 27 leaders of states attended the parade in the Russian capital.