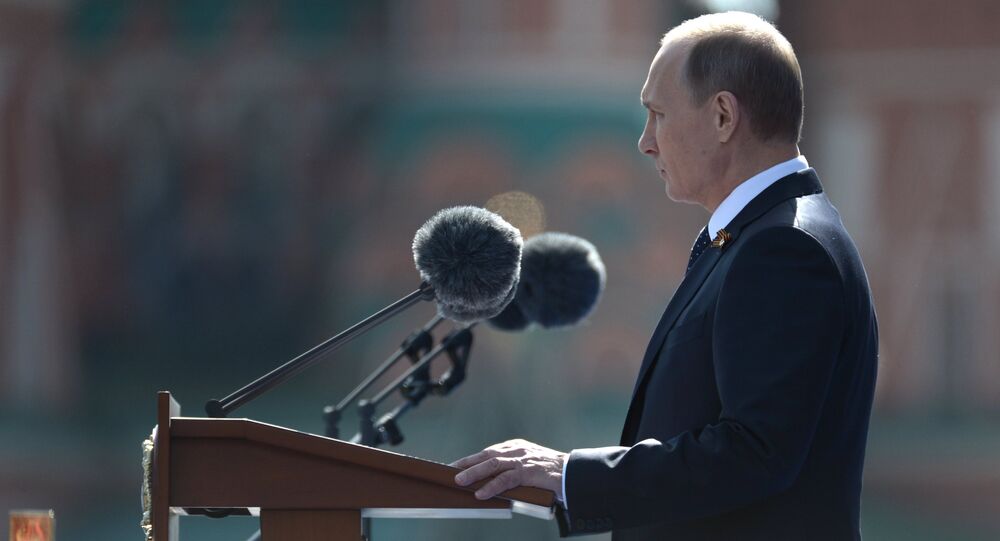 Russian President thanked the allies for their contribution to the Victory.

© Sputnik / Maxim Blinov
Victory Day Parade in Moscow
MOSCOW (Sputnik) — Russian President Vladimir Putin thanked the countries of the allied coalition during the World War II and the anti-fascists of different countries in his speech at the Moscow Victory Day parade.

The victory will "forever remain the heroic apex in the history of our country. But we also remember our allies in the anti-Hitler coalition. We are grateful to the people of the United Kingdom, France and the United States for their contribution."

The Russian leader also expressed his gratitude to the anti-fascists of different countries, including Germany itself, who valiantly fought in the partisan squads during the war.

The World War II lasted from 1939 until 1945, involving 61 countries. The Allies of WWII, comprising the Soviet Union, the United States, France and China, among others, fought against the Axis, formed by states including Germany, Japan and Italy.

This weekend marks the end of the war in Europe. More than 40 million people died on the continent as a result of the war. At least 27 million of the casualties were civilians and military losses of the Soviet Union.

Russia celebrates the Victory over Nazi Germany on May 9. Heads of about 30 states and governments have participated in the biggest-ever military parade in Moscow commemorating the 70th anniversary of the Victory on Saturday.

Slovak Parliament Thanks People of Former USSR for WWII Victory

A Sneak Peek of Moscow's Massive May 9 Victory Parade