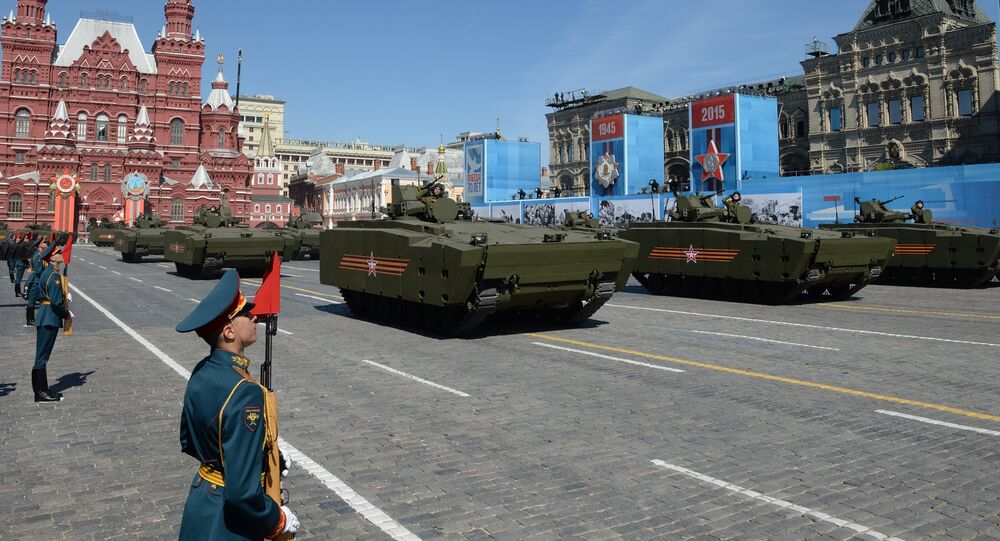 On Saturday in Moscow events marking 70th anniversary of the victory over Nazi Germany kick off, which are to be the biggest celebrations of the kind that the Russian Federation has ever held.

MOSCOW (Sputnik) — Saturday's events in Moscow marking the 70th anniversary of the victory over Nazi Germany will be the biggest celebrations of the kind that the Russian Federation has ever held.

Host Photo Agency
RT to Air Parade Relay From 15 Russian Cities on May 9
About 16,500 servicemen, almost 200 units of military vehicles and some 140 helicopters and planes will participate in the celebration, according to the Russian Defense Ministry.

About 30 leaders of states and international organizations are taking part in the Moscow celebrations.

According to the Russian president's aide Yuri Ushakov, the event will also be attended by foreign ministers of Italy and France. The United Kingdom, according to Ushakov, will be represented by Winston Churchill's grandson.

Besides Moscow, parades will be held in 150 cities across Russia, as well as in Belarus, Kyrgyzstan, and Armenia, among other nations.