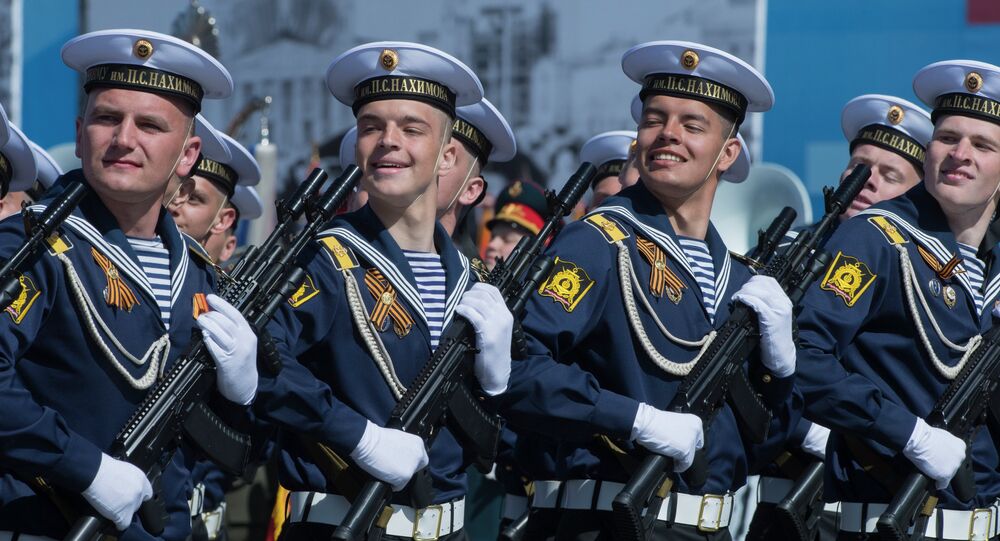 RT will air a live broadcast of the Victory Day parades from all around Russia as part of the extensive project that marks the 70th anniversary of the Soviet Victory in the Great Patriotic War. Dubbed Parade Relay, the event will stream on RT channels and online platforms around the world in Russian, English, Spanish and Arabic on May 9.

RT will broadcast military parades live on Victory Day from Moscow, Yekaterinburg, Tyumen, Samara, Volgograd, Rostov-on-Don, Nizhny Novgorod, Vladivostok, St. Petersburg, Severomorsk and other Russian cities. In Sevastopol, RT will cover the land, sea and air force show. The Relay starts at 7:00 am Moscow time (4:00 am GMT) with a march in Novosibirsk.

You can watch the Parade Relay promo here.

This is the latest in RT's special on-air and online projects dedicated to the 70th anniversary of the Great Patriotic War and the Soviet victory over the Nazi Germany in World War 2.

"Living photos" retells the most significant episodes of the war through animated sketches on the basis of war-era photos and eye-witness testimonies. 3D-reconstructions of major places and events of the Great Patriotic War appears in RT studios throughout broadcasts, taking the viewer back in time to witness the War's iconic battles — including the Battle of Stalingrad, the defense of the Brest Fortress and the Battle of Moscow. The broadcast of the RT International flagship channel will be airing in Moscow's international press center on May 8th and 9th.

Online, RT has launched http://9may.rt.com/ - a special multimedia portal available in English, Arabic, Spanish, Russian, French and German. The website offers historical information, unique photos, interactive battle map, and chronology of the main events of the War. It also features the complete War Witness: Heritage documentary series, with 70 veterans and survivors of the Great Patriotic War — and their descendants — offering unique testimony and reflection on the war that shaped their lives and the fate of the world.