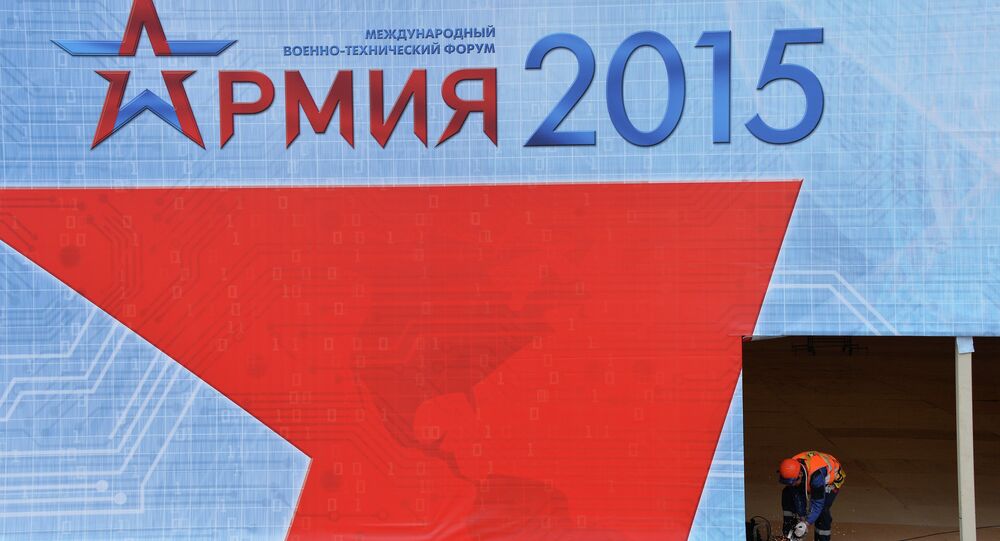 According to Defense Ministry, Russia will show off its latest designs in military unmanned ground and aerial vehicles at the inaugural Army-2015 international forum.

© Flickr / NOAA Photo Library
Russia Set to Deploy Tactical Drones in the Arctic
MOSCOW (Sputnik) – Russia will show off its latest designs in military unmanned ground and aerial vehicles (UGVs and UAVs) at the inaugural Army-2015 international forum to be held outside Moscow in June, the country's Defense Ministry said in a statement Friday.

"As for the ground robotic systems, robots of the Uran family will be demonstrated [at the forum], namely the Uran-6 mine-clearing robot and the Uran-14 firefighting robot," the press release said.

According to the ministry, the Army-2015 expo will also feature the Helper-2 multifunctional UGV as well as the remote control system for the BMR-3MA armored mine-clearing vehicle.

A range of military surveillance drones will be also put on display at the forum, including the prototypes of the Korsar short-range UAV and the Inokhodets medium-range UAV.

The Altius long-endurance UAV as well as the Zenitsa air-launched UAV will be also exhibited during the four-day forum, according to the press release.

The Murena underwater propulsion vehicle will also be among the 5,000 pieces of weaponry and special equipment, set to go on display at the Army-2015 forum.

Russian-made drones, aircraft and helicopters, as well as armored vehicles and ships are expected to show off their capabilities during the forum, scheduled for June 16-19, according to earlier statements.