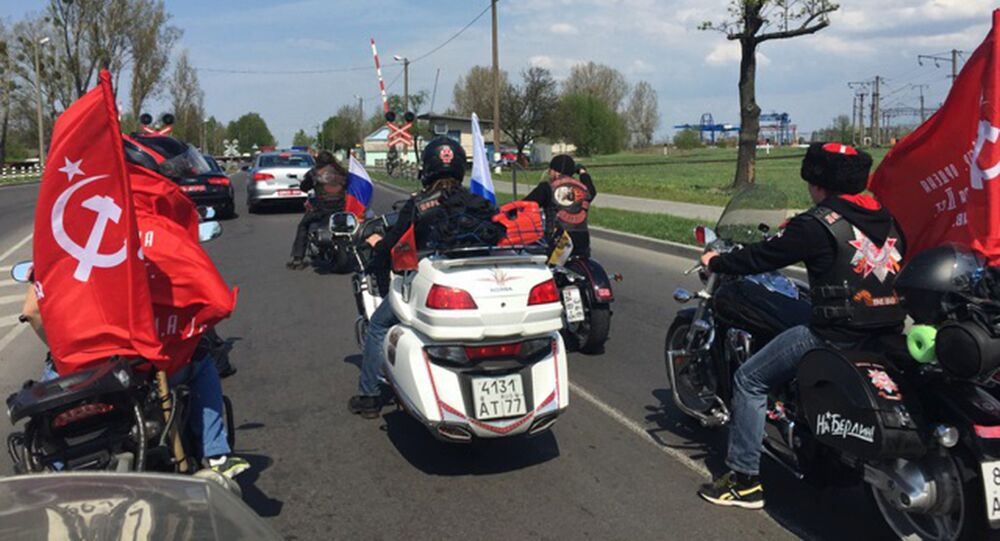 The bikers have reportedly entered Bavaria and are going to visit the former concentration camp in Dachau.

Despite the fact that the bike journey, organized by the Moscow’s "Night Wolves" motorcycle club, has been criticized by the German Federal Government, a group of its members reached Bavaria and is now on its way to the former concentration camp at Dachau, German newspaper “Die Zeit” wrote.

“The bikers make a major contribution to peoples’ understanding! And as you can see, everything is running peacefully and the only ones who put on an act about the bikers’ commemorative trip are German media and authorities,” one reader wrote.

“In my eyes, these [European] governments make a sight of themselves. On the one hand, they allow heavily armed American tanks to go through Eastern Europe, but go crazy with a couple of unarmed Russian bikers,” echoed another.

On Saturday, two members of the “Night Wolves” club laid a wreath at the Hero Monument of the Red Army in the Austrian capital of Vienna. Russian Ambassador to Austria Sergei Nechaev was present at the ceremony.

“The wreath-laying ceremonies are in my view perfectly fine. Russians, with the support of other Allies, have liberated themselves and then Germany from Nazi terror,” a reader under the nickname Hafensänger wrote.

The bikers are planning to finish the journey on May 9 in Berlin, laying flowers at the monument for Soviet soldiers in Treptow Park. Previously it was reported that Germany cancelled the travel visas of some of the members of the club.