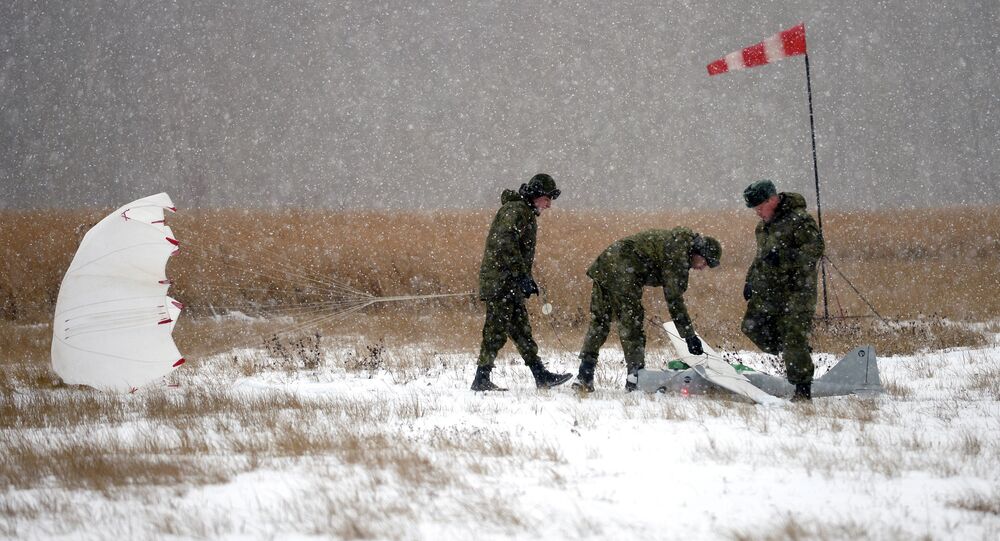 Russia is deploying its Orlan-10 drones in the Arctic, to monitor the environmental situation in the region, the Russian Defense Ministry's Eastern Military District's press service has announced in a statement.

MOSCOW (Sputnik) – Russia's revised military doctrine, signed by President Vladimir Putin in December, 2014, for the first time named the protection of national interests in the Arctic among the main priorities for its armed forces in times of peace.

According to Russian Deputy Defense Minister Anatoly Antonov, one of Russia's main objectives in the Arctic is the protection of natural resources on its territory, the total cost of which exceeds $30 trillion, according to the Emergencies Ministry.

"A division of Orlan-10 UAVs [unmanned aerial vehicles] of the Eastern Military District, stationed in Chukotka, will start monitoring the Arctic region starting from May 1," the statement said, adding that the drones will "perform the tasks of objective control over the situation in the Russian Arctic, including environmental and ice conditions in the near maritime zone and the area of the Northern Sea Route."

Russia has been actively exploring the Arctic region, laying claims to the oil and natural gas deposits within its offshore border areas, along with four other Arctic nations – the United States, Canada, Norway and Denmark.