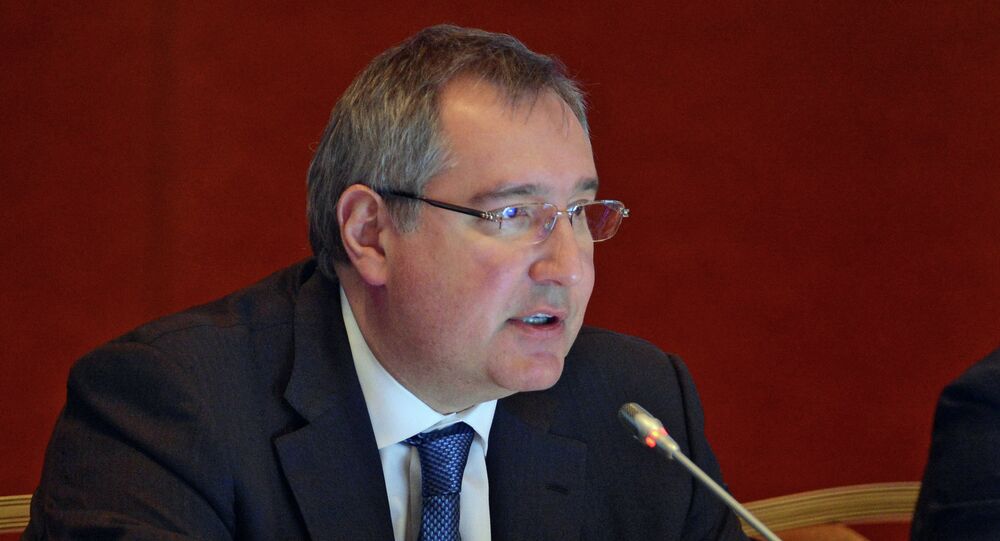 Russian Deputy Prime Minister Dmitry Rogozin said that nobody has any significant versions explaining what happen with the Progress cargo vessel.

"The Commission has begun its work, it has to establish the causes. If we were dealing with a material part, we could say what happened. But nobody has any significant versions at the moment. It is very strange. Professionals need to thoroughly work on the issue," Rogozin told reporters.

Speaking about the possibility of the personnel replacements following the incident, Rogozin said time was needed for the State Commission to make its conclusion.

© Photo : Roscosmos
Mission Over: Progress Cargo Vessel Begins Spinning Out of Orbit
The Progress M-27M spacecraft, carrying fuel, oxygen, food and scientific equipment for the International Space Station (ISS) crew, was launched aboard a Soyuz carrier rocket from the Baikonur space center in Kazakhstan on Tuesday. The craft stopped transmitting telemetry shortly after the booster separation and began to spin.

On Wednesday, the Russian Federal Space Agency (Roscosmos) announced the loss of the Progress Space Freighter. Russia's Energia space corporation stressed that the incident does not endanger the ISS or the work of its crew.

The Progress cargo vessel's flight is expected to end on May 5-7 when burns up in the atmosphere, according to Energia.

Mission Over: Progress Cargo Vessel Begins Spinning Out of Orbit