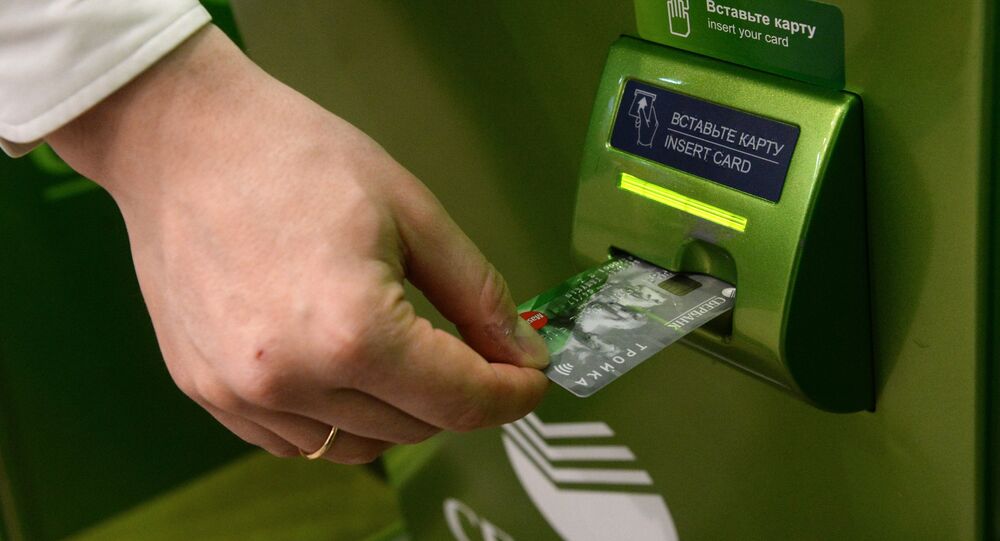 Warning of Catastrophe Over Barring Russia From Banking System

Cutting Russia out of the global banking payment system SWIFT could turn into a catastrophe for the overall system of payments in Europe, according to the head of public affairs at UniCredit Group, Italy, Giuseppe Scognamiglio.

Scognamiglio told a seminar on the Ukrainian economy in Washington, "we need to be very, very careful" when thinking about expanding sanctions against Russia amid the Ukrainian crisis.

SWIFT is a member-owned cooperative through which the financial world conducts its business operations. It is used for international bank transfers among other things. It has its headquarters in Belgium and has offices in the world's major financial centres, including Russia.

When the EU, US and other states began sanctions against Russia, following the Ukraine crisis, UK Prime Minister David Cameron suggested disconnecting Russia from SWIFT. The idea was also mentioned in a resolution of the European Parliament.

Russia can survive no SWIFT. No access to capital markets & foreign firms suffer but economy/banks can survive. @Saleksashenko #lennartmeri

Scognamiglio said blocking Moscow from SWIFT in conditions when the trade turnover between Europe and Russia exceeds $335 billion would lead to two immediate consequences.

"One is a possible collapse of many western banks. But the second, more strategic, and I think more dangerous in the long-term, is that Russia will be much more effective in adopting a different system of payments, maybe in cooperation with China."

SWIFT: No Intention of Disconnecting Russia

UniCredit is the largest banking group in Central and Eastern Europe and owns major banking networks in Russia and Ukraine.

Russia was recently invited to be a board member of SWIFT and has said it would retaliate if its banks are banned from the international banking system.

Sources at SWIFT, however, said they had no intention of disconnecting Russia, despite political pressure they were experiencing. Being EU-based, SWIFT may disconnect Russia only if a relevant decision is made by the EU authorities, the source said.