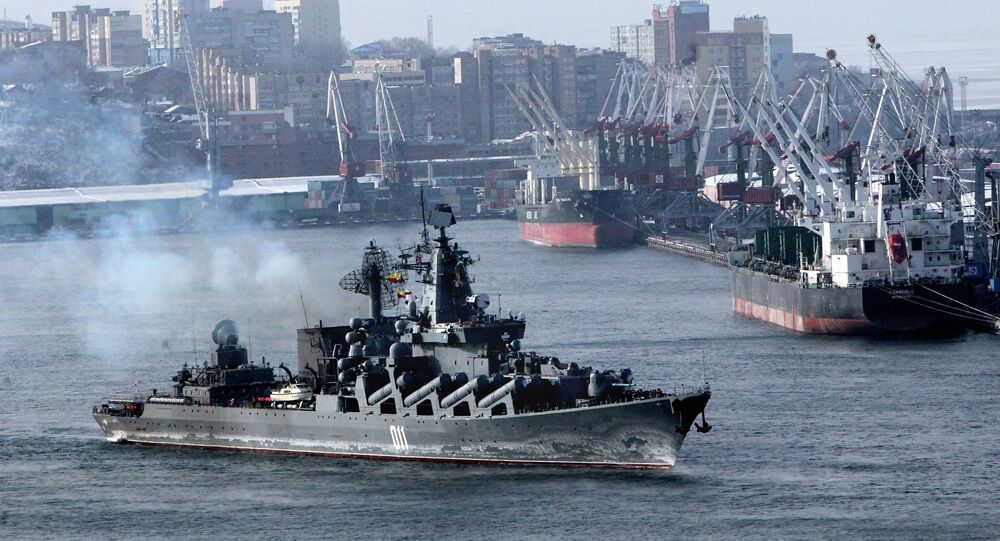 © Sputnik / Vladimir Astapkovich
Russian Navy to Begin Construction of a Brand New Icebreaker
According to Dalzavod’s deputy director Gennady Slugin, the cruiser underwent dry-dock repairs, armament equipment repairs, and servicing in the allotted time; everything was performed on schedule and to a high standard.

The cruiser Varyag is a Soviet and Russian guided missile cruiser, the third ship of the 1164 Atlant design, and the flagship of the Russian Pacific Fleet.

The cruiser was built by the Nikolev shipyard in Ukraine.

Varyag has been the flagship of the Russian Pacific Fleet since 2002.