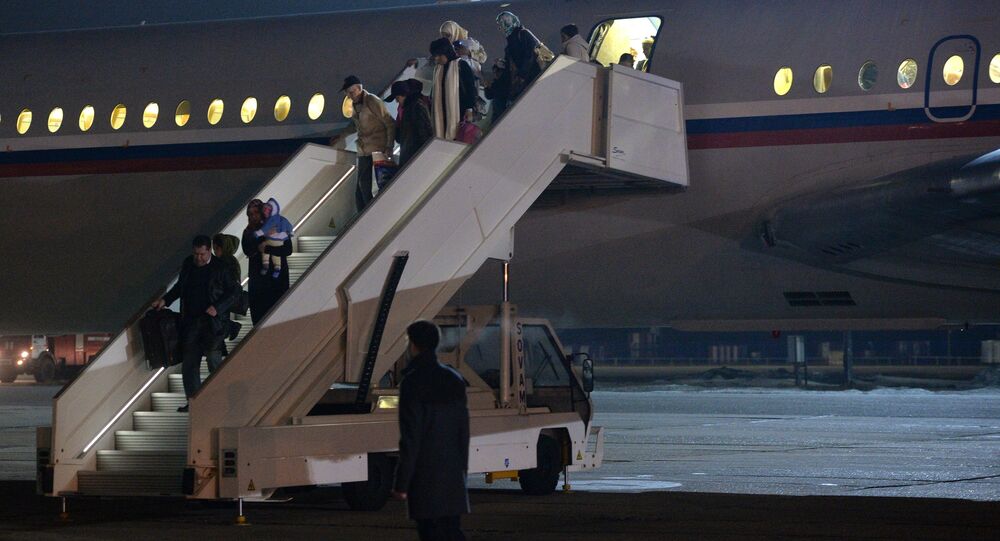 The ninth plane with Russian and foreign nationals, evacuated from Yemen landed at the Chkalovsky military airport base in the Moscow Region in the early hours of Thursday.

MOSCOW (Sputnik) – The ninth plane that Russia has sent to Yemen to evacuate Russian and foreign nationals from the conflict-torn country landed at the Chkalovsky military airport base in the Moscow Region in the early hours of Thursday.

The plane brought about 160 people from Yemen, where fighting continues between Houthi rebels and forces loyal to Yemeni President Abd Rabbuh Mansour Hadi.

The evacuees include Russian nationals as well as citizens of other countries, such as Cuba, Armenia and Kazakhstan.

Yemen has been in a state of turmoil for months, since the Shiite Houthi militants took control of large areas in the country, including the capital Sanaa, forcing Hadi and his government to resign. In late March, Hadi asked the Arab League for military support, following which a Saudi Arabia-led coalition launched airstrikes against Houthi positions in Yemen.

© AFP 2020 / BRENDAN SMIALOWSKI
US Citizens in Yemen Can Travel to Other Embassies for Safety - State Dept
On April 21, the Saudi-led coalition said it had completed the Decisive Storm military operation. On the same day, the coalition announced the start of its Restoring Hope campaign, saying it would focus on counter-terrorism operations, humanitarian missions, and the revival of political dialogue between Hadi supporters and Houthis, who are Yemen's main opposition force.

According to UN estimates, over 1,000 people have been killed in Yemen since the start of the coalition airstrikes. Russia has been evacuating its citizens, as well as foreign nationals, amid the ongoing violence.