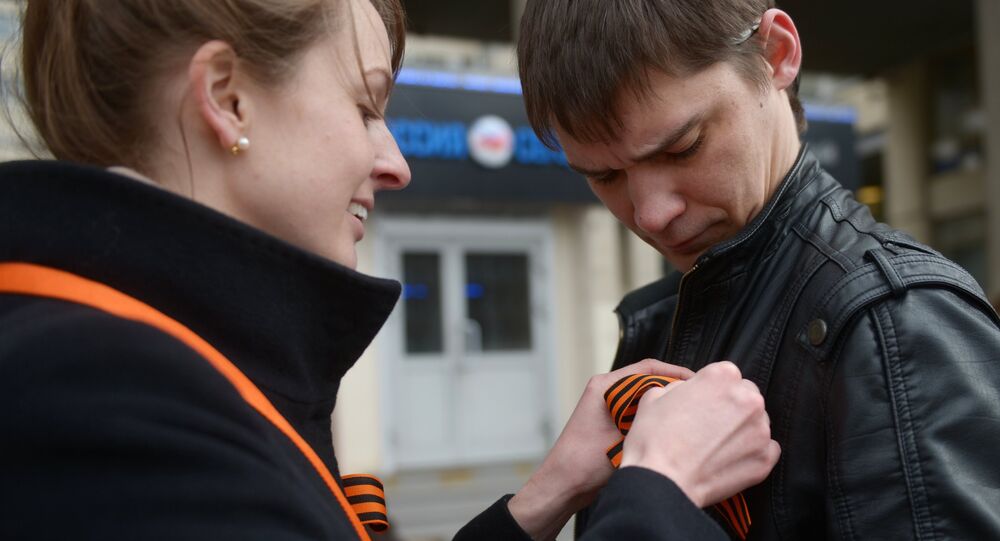 The annual campaign to hand out St. George Ribbons in the run-up to the May 9 Victory in Europe Day will kick off Wednesday in Russia and more than 70 other countries.

This year's first ribbons will be presented to representatives of the Immortal Regiment, a patriotic initiative, who will proudly wear them at the May 9 Victory Day parade on Red Square.

The St. George Ribbon campaign will last until May 9. In the next two weeks, organizers will distribute over 20 million ribbons in Russia and abroad.

The campaign was initiated in 2005, and since then it has become a tradition to wear the ribbon ahead of May 9 celebrations. For millions of people in Russia and former Soviet countries, the St. George Ribbon is a manifestation of national memory, a bond between generations and a link to former military glory.