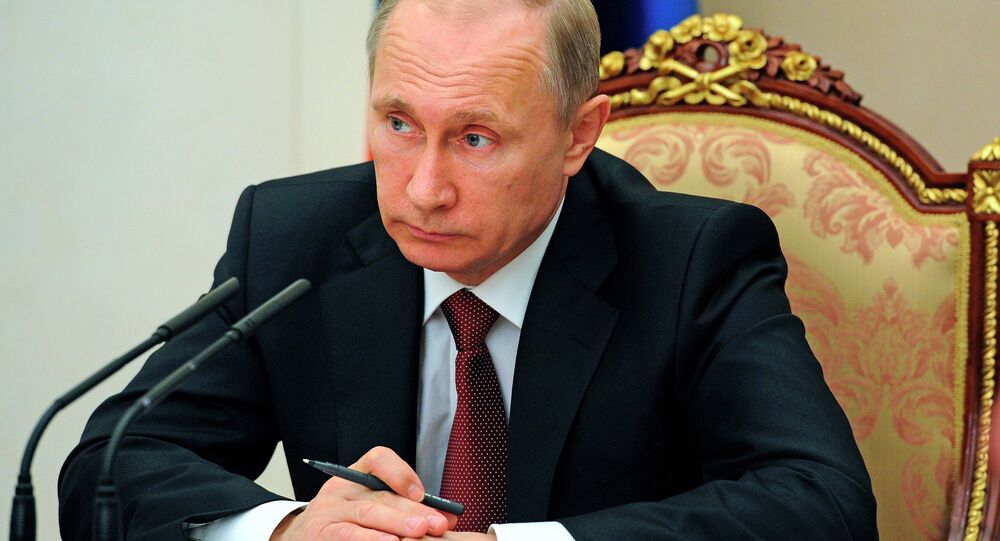 Vladimir Putin has singled out two hostage crises, at a school in Beslan in southern Russia and at a Moscow theater, as the two toughest moments of his presidency.

Evgeny Biyatov
Pope Francis Sends Letter to Beslan Marking 10 Years Since School Massacre
MOSCOW (Sputnik) – Russian President Vladimir Putin has singled out two hostage crises, at a school in Beslan in southern Russia and at a Moscow theater, as the two toughest moments of his presidency.

"Of course, it is those horrible terrorist attacks. That is Beslan [school] and Dubrovka theater [in Moscow]," Putin said in a made-for-TV film to be broadcast on Sunday.

The documentary entitled "President" and hosted by Russian journalist Vladimir Solovyov is dedicated to the 15th anniversary of Putin's presidency.

"It was clear how big this responsibility was. I decided for myself that there was no other option but to go all the way," Putin added.

At least 130 hostages and 40 militants were killed after Chechen separatist militants seized the crowded Dubrovka theater in the Russian capital in October 2002. The attackers demanded the withdrawal of Russian forces from Chechnya.

The Beslan school siege in September 2004 ended with 385 dead, almost half of them children. The hostage-takers were also Islamic separatist militants who demanded recognition of Chechnya as an independent state.