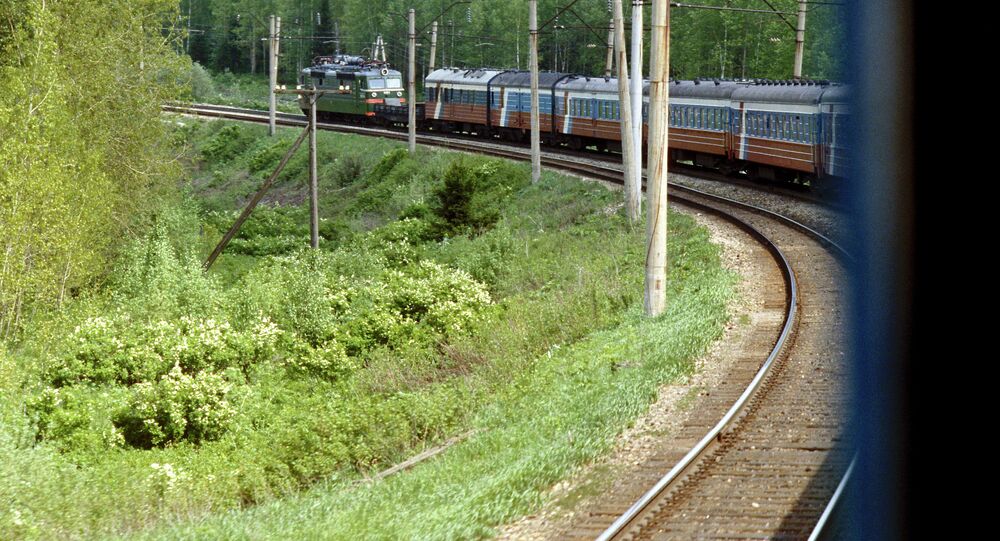 South Koreans Travel to Moscow on Trans-Siberian Express of Friendship

A 250-strong delegation from South Korean government and business circles is planning to make its way from Vladivostok to Moscow in June on the Trans-Siberian Railway, as part of the 'Eurasian Express of Friendship' program.

© REUTERS / Takaki Yajima
Spain, South Korea, Austria Join China-Led Asian Investment Bank
The Consul General of the Republic of Korea in Vladivostok Lee Sok Pae announced on Monday that his administration was putting the final touches to travel plans for a delegation of 250 South Koreans from the spheres of government and business to make the trip from Vladivostok to Moscow on the Trans-Siberian Railway in June, to mark the beginning of the Eurasian Express of Friendship project.

The announcement was made in the course of a working meeting between Lee Sok Pae and Vladivostok's city administration led by deputy head Aleksandr Yurov, after which a Vladivostok government representative told RIA Novosti:

"As was announced during the course of the meeting, in mid-June this year a delegation of 250 South Korean representatives of government and business circles of the Korean Republic will travel from the capital of Primorsky Krai along the Trans-Siberian Railway to Moscow," as part of the Eurasian Express project.

According to the spokesperson, the project's organization is being carried out by the Trade Department of the General Consulate of the Republic of Korea, while the Russian Foreign Ministry is also involved in the scheme.

"During the course of the meeting, participants discussed the organizational details of the upcoming visit to Vladivostok by the South Korean delegation," said the representative, who added that "in order to increase the effectiveness of the project, other large joint events will also be taking place in Vladivostok."

© AP Photo / Korea Pool
Textbook Diplomacy: Japan Claims Dokdo Islands From South Korea
A press release from the city government gives further details of planned events to strengthen Russian and South Korean trade ties between the two countries, including a business forum and cultural programs to take place in the city, and a concluding press conference, which will be covered by 30 representatives of South Korea's biggest media outlets.

According to the release, at Monday's meeting plans were also discussed for further cooperation between the two countries in various forms, including the possible naming of sister cities to promote cultural and commercial ties.