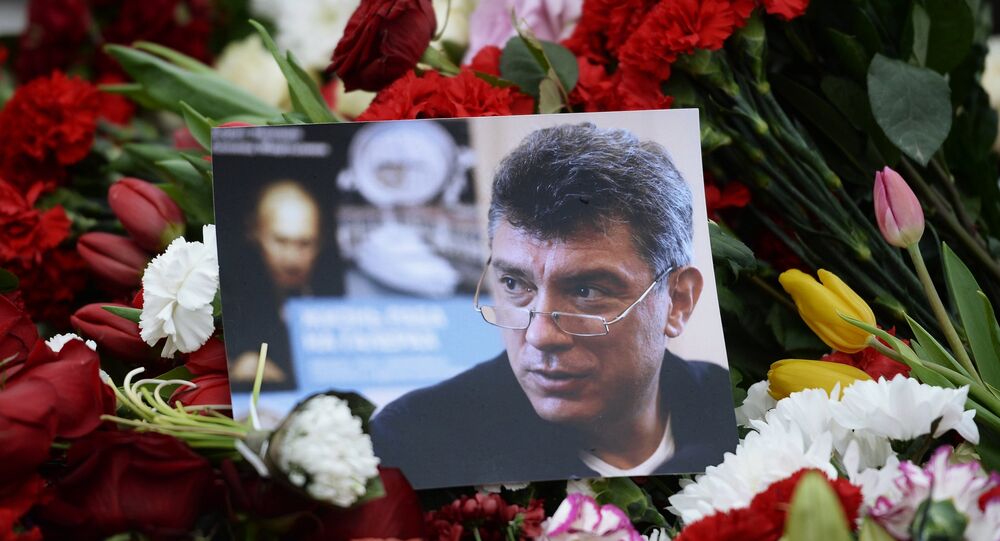 During his annual Q&A session in Moscow, Putin said:

“We were friendly, we kept contact. He was a harsh opponent toward me and to [the current political] authorities as a whole we had pretty friendly relations when we talked.”

“I’ve already said this, I believe this is an absolute shameful act, tragic and shameful.”

Russian President Vladimir Putin condemned the killing and ordered a large-scale investigation into the case.

© Sputnik / Maksim Blinov
Court Keeps Suspected Killer of Nemtsov Behind Bars
First suspects in the Nemtsov murder case were arrested a week after the tragedy. Currently, according to the Russian Investigative Committee, there are five suspects in the case.

In mid-March, Kremlin spokesman Dmitry Peskov said that President Putin receives regular updates about the course of the investigation.

Defense in Nemtsov Murder Case to Apply for Jury Trial