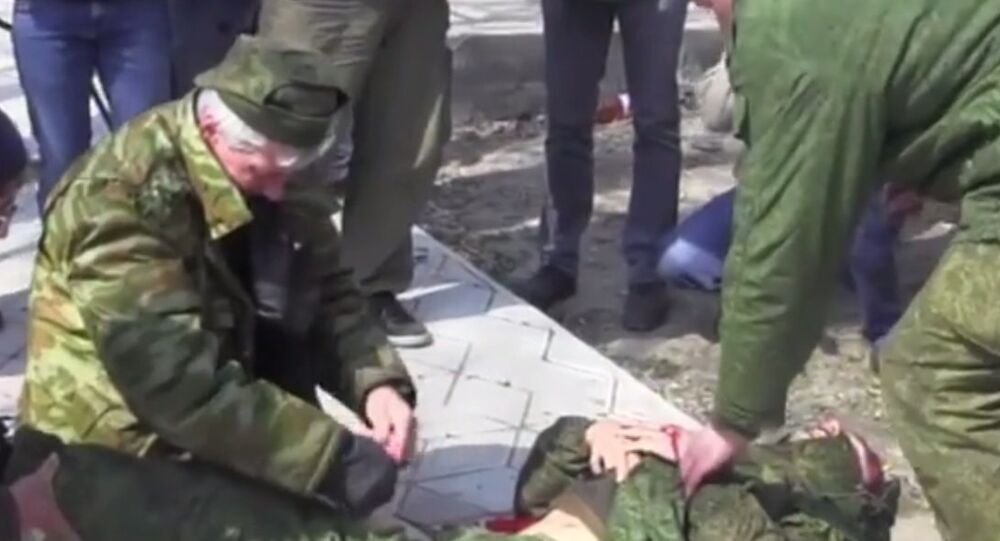 A journalist working for Russian television was seriously injured when he stepped onto a trip-wired booby trap in eastern Ukraine, while covering a ceasefire monitoring mission.

Andrei Lunyov, a military journalist working for Russia’s Zvezda television station received serious shrapnel wounds to the legs and head after hitting a trip-wired explosive in the town of Shirokino, near the port of Mariupol. Lunyov lost a large amount of blood and was aided at the scene by medics from the Organisation for Security and Co-operation in Europe (OSCE).

The OSCE was in the area to monitor a ceasefire along with several journalists covering the story. Lunyov's companions said he had walked behind a local shop in search of a bathroom when he must have tripped a hidden explosive device, according to reports from the BBC's Tom Burridge, who was at the scene.

"We were told it was calm here. But it just shows you how quickly things can change," reported Burridge who said that after the explosion, gunfire and possibly grenade launcher fire broke out quickly.

According to initial reports, Lunyov was taken to Novoazovsk hospital in serious condition.

Meanwhile,  six soldiers were killed and 12 injured in a burst of fighting in the 24 hours prior, according to Ukrainian military spokesman, Andriy Lysenko.

The conflict in Ukraine started April 2014, after Ukrainian authorities launched a military operation against independence supporters in the country's southeast. More than 6,000 people have been killed in the hostilities.

According to the OSCE, six reporters have been killed in eastern Ukraine since November 2013. At least 170 journalists have been injured.