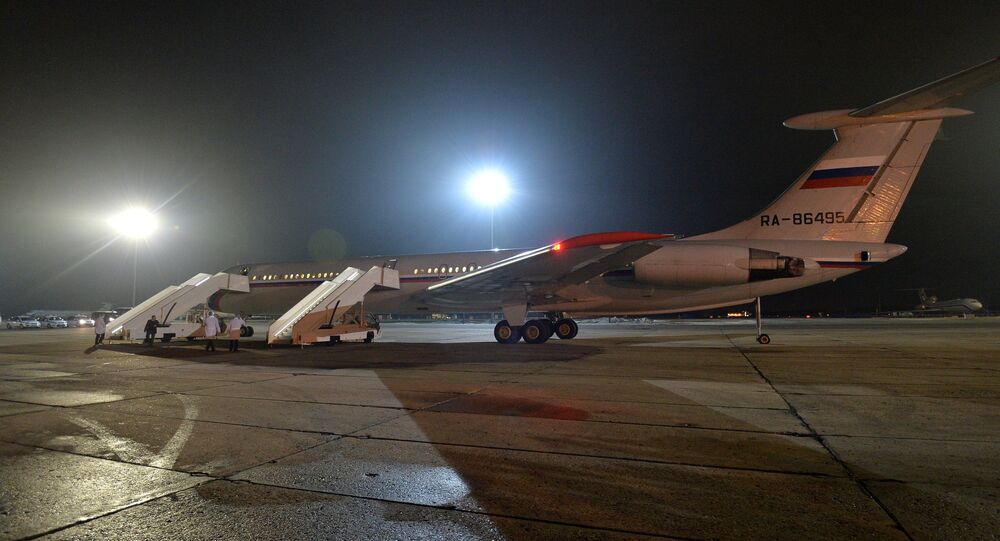 The US Secretary of State expressed appreciation for Russia's action in evacuating Americans from Yemen, after the United States refused to engage in evacuation efforts for its citizens.

© AFP 2021 / Brendan SMIALOWSKI
US Provides Information to Americans on How to Flee Yemen
The US government has thanked the Russian authorities for their help in evacuating Americans from Yemen, after the US State Department said it had no plans to evacuate its citizens from the war-torn country, leaving hundreds stranded.

US Secretary of State John Kerry "expressed gratitude for assistance in the evacuation of American citizens," from Yemen in a telephone conversation with Russian Foreign Minister Sergey Lavrov on Monday, after 18 US citizens were evacuated aboard a Russian ship taking 308 people, including 45 Russians from the port of Aden to Djibouti.

Two airplanes carrying 366 people of varying nationalities fleeing the Yemeni capital Sanaa landed in Moscow on Sunday, where one American traveling on the plane told RT, "We feel like we’re left behind. No support. I called every Embassy – all the embassies in Riyadh, in Cairo, in Djibouti – to help me and my family, but they always apologize. They said 'help is coming' – but it never came. People now think that Yemeni American are like second-class Americans."

Thousands of Americans are trapped in Yemen. US gov't had no plans in place to evacuate them from a war zone.

The US State Department evacuated its American Embassy staff from Yemen in February, having suspended Embassy operations due to the deteriorating security situation in the country, but maintains it has "no plans for a U.S. government-coordinated evacuation of U.S. citizens at this time."

Somebody pls explain to me why Russian navy ship evacuate americans from Yemen? Where is US Navy?

According to a statement on the website of the Russian Foreign Ministry, the acknowledgement from Kerry came in the course of a telephone call in which the two sides discussed a range of pressing international issues, including the agreement reached regarding Iran's nuclear program, and the Syrian crisis.

© Sputnik / Alexey Kudenko
Another Aircraft Evacuating People From Yemen Lands in Moscow Region
The British Foreign Office likewise thanked Russia for assistance in evacuating its citizens from the country on Monday, having advised that "the British government can’t provide any form of assisted departure to British nationals in Yemen."

A UK Foreign Office spokesperson said on Monday, "we can confirm that six British nationals left Yemen at the weekend on a Russian Navy vessel. We thank the Russian authorities for their assistance."

US, Ukraine, EU and UK citizens evacuated from #Yemen by Russian Navy. People can rely on #Russia when in need. pic.twitter.com/9HDa0fRnLN

The above tweet is from the Ambassador of the Russian Federation to the United Kingdom, Alexander Yakovenko.

Last week 41 American citizens stranded in Yemen filed a federal lawsuit against the State Department and Defense Department for their refusal to evacuate them from Yemen, where a Saudi-led coalition, with the backing of the US government, has been carrying out air strikes on Houthi-controlled targets since March 26.

"Despite the clear danger to Americans in Yemen – and the death of at least one American – the Obama administration has not yet taken any substantive steps to help citizens or permanent residents reach safety," reads the court filing.