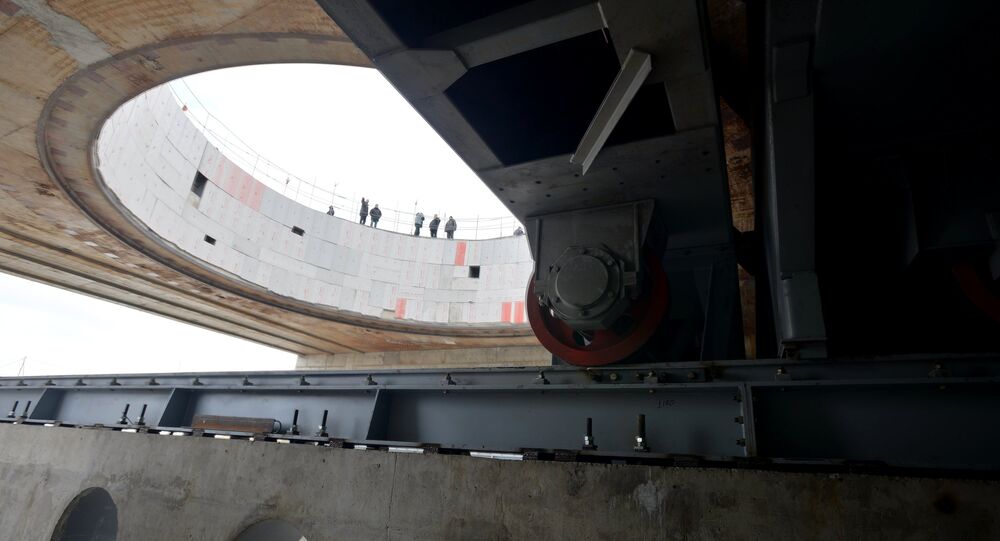 Russian President Vladimir Putin said that launches of the super-heavy version of rockets from Vostochny space center should be considered.

The space center's launch facilities include those needed the heavy version of the Angara rocket, but "launches of the super-heavy [version] should also be considered," Putin told Igor Komarov, the head of Russia's space agency Roscosmos.

"You should think about this," Putin told Komarov.

The space chief replied, in his turn, that the space agency is working on the super-heavy version of the Angara, needed for a manned mission to the moon.

In September 2014, the Russian President approved development of super-heavy rockets with a cargo capacity of up to 150 metric tons.

Super-heavy rockets are needed to send spacecraft beyond Earth's orbit, specifically for Russia's ambitious moon exploration program, to be carried out as part of the Russian Federal Space Program for 2016-2025.

In mid-March Roscosmos announced that Russia's Angara-5 carrier rocket could be modified for use in future Moon missions.

Vostochny Space Center Construction Back On Track for 2015: Rogozin