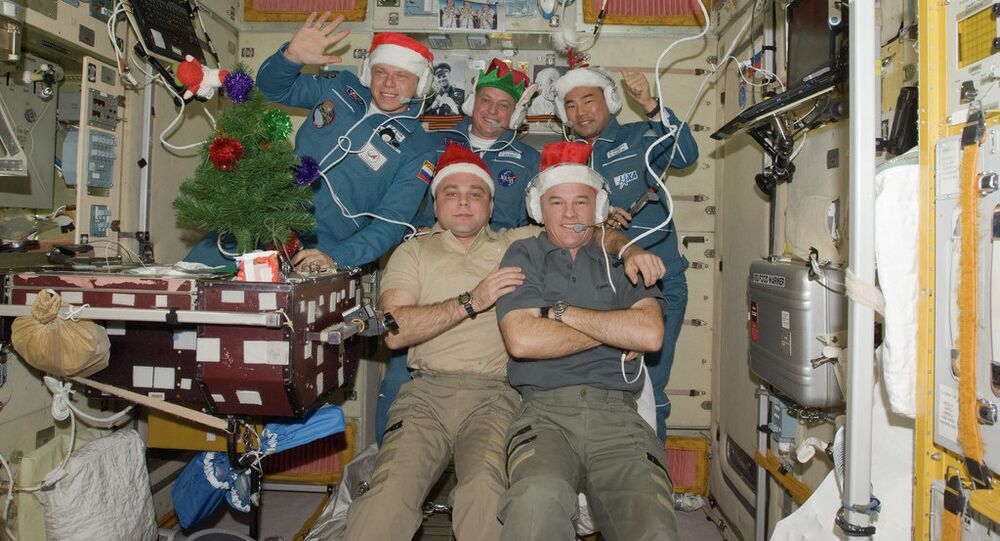 Celestial Lifestyle: Spacemen Reveal What It Takes to Live Off Planet Earth

Every April 12, Russia celebrates Cosmonautics Day to honor the anniversary of the first manned space flight performed by Yuri Gagarin in 1961; these days a space mission might seem like a routine affair to some, but personal stories from space travelers who were lucky to conquer the Universe reveal what an adventurous trip it always is.

Russian cosmonaut Yuri Gagarin was the first man in history to go into space. On April 12, 1961 he became the first human being to orbit the Earth. His flight lasted 108 minutes, including the 89 minutes he spent in space.

© Sputnik /
Yuri Gagarin before a space flight aboard the Vostok spacecraft. April 12, 1961

Gagarin circled the Earth once, travelling at 27,400 kilometers per hour. At his highest point, he was 327km (203 miles) above mean sea level.

Since 1962, Russia has celebrated the anniversary of his flight as national Cosmonautics Day, and called its spacemen cosmonauts.

The name is actually derived from two words: the word ‘cosmos’, meaning space in Russian and the word ‘nautes’, which in Greek means sailor, so the meaning of the moniker is ‘space sailor’.

In US and Europe they call the spacemen astronauts from the two Greek words: ‘astron’ which means star and the same ‘nautes’ which means sailor, making the whole meaning slightly different: ‘star sailor’.

China, which has become the third country to perform its own independent space missions, refers to its spacemen as taikonauts, where taiko is taken from ‘ taikong’, meaning outer space, making the Chinese term ‘outer space sailor’.

Information about each space flight nowadays is open to scientific and public inquiry and missions may easily be followed online. The space travelers eagerly share in their blogs what and how they feel off the Earth.

Canadian astronaut Chris Austin Hadfield put together a ‘Guide to Life in Space’ where he explains how things become different in space.

For example, if one decided to cry, the tears simply won’t fall.

Or how one should be careful while shaving or clipping his nails, or how using a tooth brushing might be challenging in zero gravity.

NASA astronaut Karen Nyberg has shared how her daily routine washing her hair could become a real adventure.

Back on Earth, NASA astronauts Mike Massimino and Don Pettit launched a video series called International Space Station (ISS) Science Garage to talk about life and science on board the station. There, for example, they explain how spacemen can start losing skin in space.

The Blues From Soyuz

Yet another amazing thing about space is… it is all completely silent.

Sound waves need a medium to travel through. Since there is no atmosphere in space, space will always be eerily silent. So, space travelers choose their own ways to fill the space around.

Some resort to singing: Chris Hadfield recorded his own version of David Bowie's Space Oddity.

Others resort to playing instruments, such as NASA astronaut Ron Garan.

National holidays have become a real treat for the spacemen. They eagerly congratulate those down on Earth during major events.

Russian cosmonauts Anton Shkaplerov and Elena Serova and European Space Agency astronaut Samantha Kristoforetti especially enjoyed ringing in the New Year with the media and with their relatives back home.

roscosmosofficial / instagram
Crew of ISS in the person of the same Anton Shkaplerov, Elena Serova and Alexander Samokutyaev wished people of Earth a Happy New Year

Russians on board the ISS have sent International Women’s Day greetings to their loved ones every year.