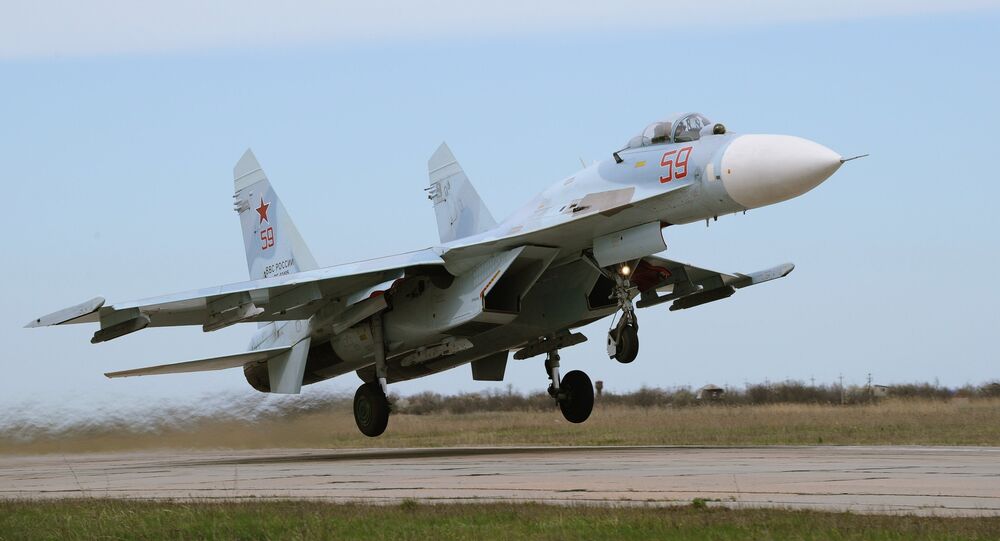 A Russian Su-27 jet fighter flew dangerously close to and nearly collided with a US reconnaissance plane over the Baltic Sea on Tuesday, a Pentagon official claimed.

"On the morning of April 7th, a US RC-135U flying a routine route in international airspace was intercepted by a Russian Su-27 Flanker in an unsafe and unprofessional manner. The United States is raising this incident with Russia through the appropriate diplomatic and official channels,” Pentagon spokeswoman Eileen Lainez said in Washington.

US media try to presuade that the Russian fighter jet flew within just six meters of the reconnaissance plane in what is described as a “reckless” encounter that endangered the lives of the RC-135 crew.

The Russian  Defense Ministry earlier said that all flights by Russian military aircraft are conducted in strict conformity with internationally-recognized rules of flights in international airspace and over neutral waters without violating other countries’ borders.

NATO officials have in recent months complained about an increased presence of Russian military aircraft in European airspace, including over the Baltic Sea.