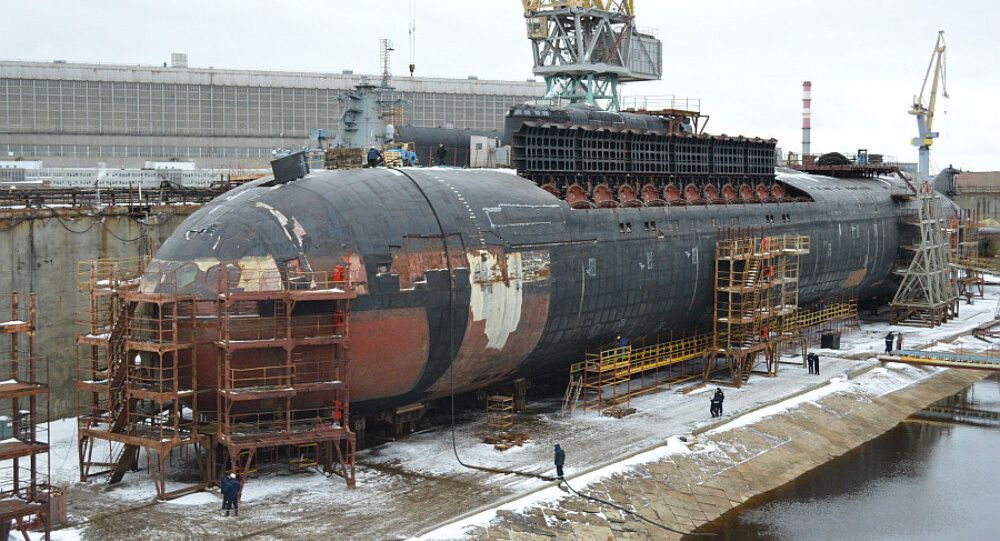 No workers or members of the crew were harmed during the fire on a nuclear submarine, docked at Russia's Zvezdochka ship repair center, according to Russia's United Shipbuilduing Corporation.

MOSCOW (Sputnik) — There have been no casualties during the fire on a nuclear submarine in Russia's Arkhangelsk region, the head of Russia's United Shipbuilduing Corporation's press service said Tuesday.

"The nuclear fuel from the 'Orel' was unloaded when the submarine arrived for maintenance to the dry dock. The reactor has been shut down. No workers or members of the crew were harmed during the fire," Ilya Zhitomirsky told RIA Novosti.

The spokesperson for the Zvezdochka ship repair center where the submarine was located, Nikolai Blinov, said that there were no weapons on board.

According to Evgeny Gladyshev, another spokesperson for the repair center, the fire started in the compartment close to the ship's stern. All members of the crew were evacuated.

The press service later said the fire on board the "Orel," undergoing modernization after 21 years in the Northern Fleet's commission, has been localized.

The Russian Navy Commander Adm. Viktor Chirkov told RIA Novosti he was closely monitoring the situation from the headquarters in St. Petersburg.

The shipyard, located in a delta flowing into the Barents Sea, was built in 1946 specifically for the repair and refurbishment of submarines and surface vessels. According to its website, Zvezdochka ("Little Star" in Russian) has repaired 115 nuclear submarines, 37 naval ships and 41 civilian vessels over its 70-year operational history.