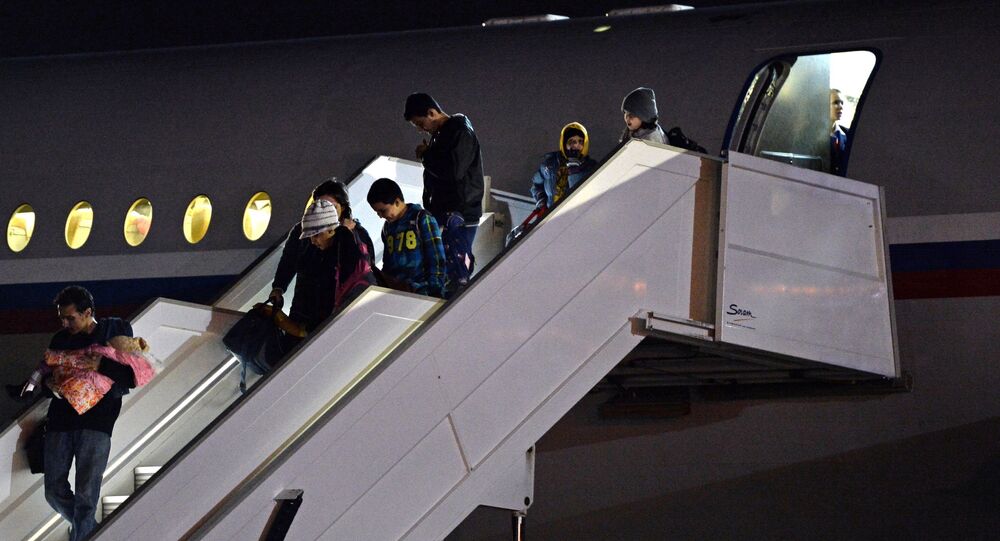 The fourth Russian plane with about 160 people evacuated from Yemen aboard, landed in the Moscow Region.

MOSCOW (Sputnik) – The fourth Russian plane carrying people evacuated from Yemen landed in the Moscow Region in the early hours of Sunday.

The plane carried about 160 people, including 23 children. Among those evacuated are citizens of Russia, Ukraine, Uzbekistan, Tajikistan, Kyrgyzstan, Cuba, Iraq and Yemen itself.

The flight from Yemen’s capital Sanaa took some eight hours and included a refuelling stop in Cairo.

© AFP 2020 / FAYEZ NURELDINE
Saudi-Led Coalition Airstrikes in Yemen Kill at Least 5, Injure 3
Evacuees are now set to undergo a medical control and a customs check, after which some will be transported to Moscow hotels, while those set to travel further will be taken to airports and train stations.

According to one of the passengers, Gulnara Salih, there are still people waiting to be evacuated in Yemen. "As far as I know, the evacuation list includes another 1,000 people,” she said.

Over 600 people, mostly women and children, have been evacuated from Yemen by Russia over the past few days.

Tensions have been on the rise in Yemen over the past weeks, with Houthi insurgents battling troops loyal to the country’s President Abd Rabbuh Mansur Hadi, who has been forced to flee the country.

An international coalition led by Saudi Arabia has in recent days been carrying out airstrikes against the Houtis, following Hadi’s request for military aid.