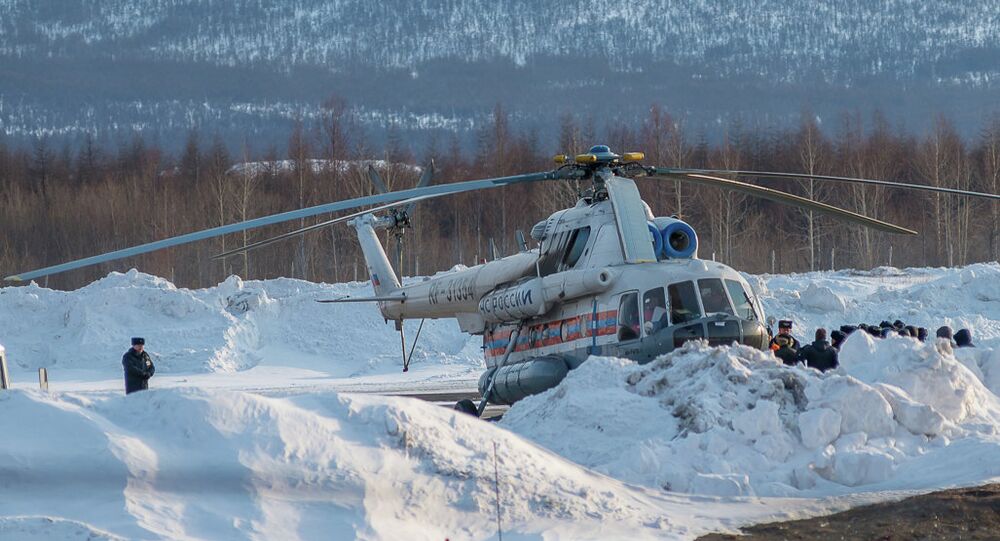 The sinking of the Dalniy Vostok trawler in the Sea of Okhotsk may have been caused by the crew's failure to comply with safety rules.

KHABAROVSK (Sputnik) — The recent trawler accident in the Sea of Okhotsk which claimed the lives of at least 56 people was likely caused by the crew’s failure to comply with safety rules, acting Sakhalin governor Oleg Kozhemyako said Saturday.

“This seems to me to be a violation by the crew and the captain of sea safety rules and regulations,” Kozhemyako told reporters.

© AP Photo / Russian Ministry of Emergency Situations
Dozens Dead as Russian Trawler Sinks in Okhotsk Sea
"According to preliminary data, and I have talked to captains, the ship had zero or negative stability when fuel tanks were practically empty. There was only 57 tons of fuel, and no fresh water ballast in the tank, the trawl was raised, and every movement, every turn could have led to a major tilt," he added.

The Dalniy Vostok trawler sank in the Sea of Okhotsk shortly before midnight on Wednesday, around 300 kilometers, or 186 miles, from the Russian port city of Magadan.

The trawler carried a total of 132 people, 13 of whom are still considered missing. Rescue teams continue work in the area of the accident.