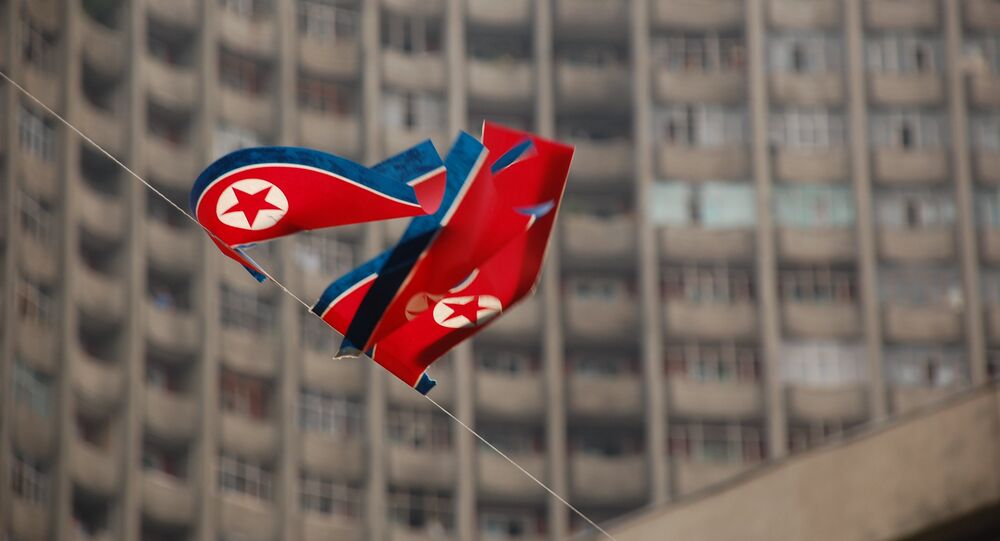 Russia and North Korea are facing similar problems in the international arena, such as pressure from the West, the DPRK ambassador to Moscow Kim Hyun Joong said at a meeting with Deputy Chairman of Russia’s Federation Council Yevgeny Bushmina.

© Sputnik / Vladimir Vyatkin
Russia Sustains Economic Growth Despite Sanctions - German Magazine
"If we look at the current international situation, it seems to us that our countries face similar problems,” the ambassador said, adding that the US is attempting to overthrow the current North Korean government and building up military pressure against his country.

The diplomat also noted that Russia is facing a similar situation, with the United States and Western countries exerting pressure and imposing economic sanctions against Russia with regard to the events in Ukraine.

"[…] Western countries are trying to increase their presence on the border with Russia under the pretext of peacekeeping forces in Donbass. We also have witnessed attempts to exert pressure on Russia, including the murder of Boris Nemtsov," the diplomat said.

According to Kim Hyun Joong, sanctions make the DPRK and Russia stronger despite Western efforts to destabilize these countries.