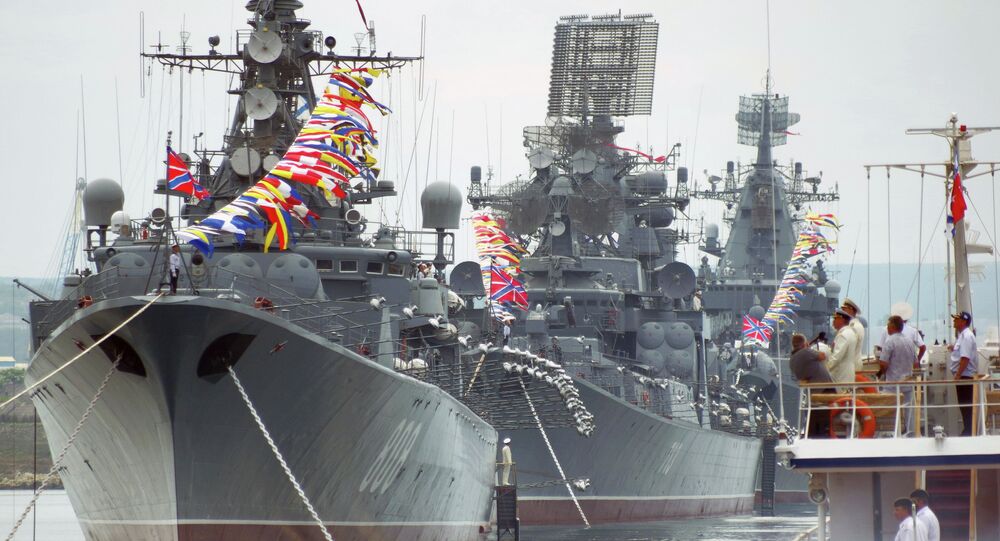 Thousands of people will flock to central Sevastopol on May 9 to view a massive Victory Day parade to feature a flurry of Russian land, sea and air forces coming together for a big show.

© Photo : Youtube/RuptlyTV
Sevastopol Celebrates Anniversary of Crimea’ Reunification With Russia
Over 2,000 servicemen, ten naval ships and dozens of BTR-80 armored vehicles, OSA, S-300, Pantsir and Bastion missile complexes will take part in the parade, already the second of this kind since Crimea rejoined Russia in March 2014, the Black Sea Fleet said in a press release on Thursday.

In the naval part of the show ten warships will be lined up in the city's inner harbor, including the Black Sea Fleet’s flagship, guided missile cruiser Moskva,  the destroyer Pytlivyi and frigate Smetlivyi, the Bora missile-carrying hovercraft, and a raft of anti-submarine, missile and amphibious assault ships.