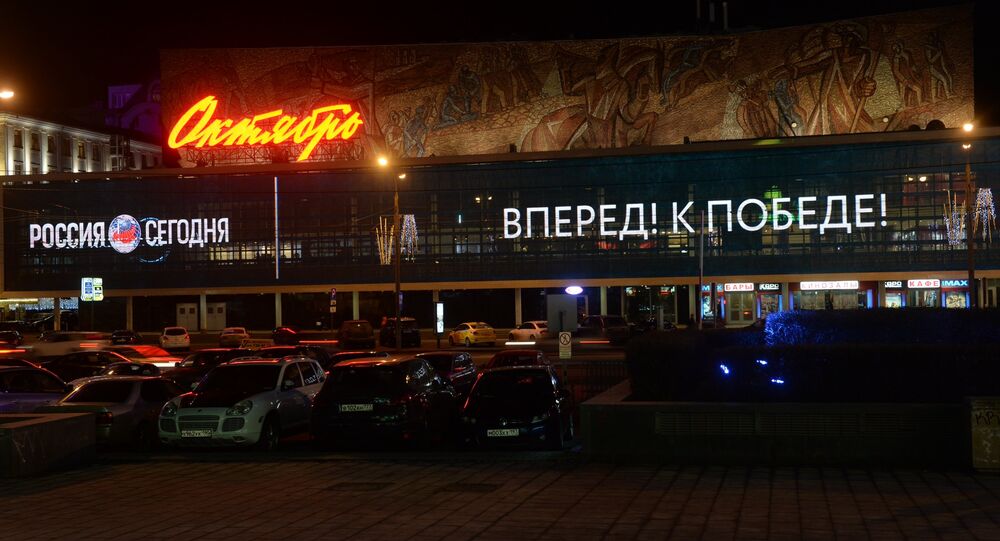 Rossiya Segodnya International Information Agency is launching on Thursday a series of multimedia presentations on the Battle of Kursk as part of a campaign marking the 70th anniversary of Victory in World War II.

MOSCOW (Sputnik) — Rossiya Segodnya's "Fifteen Strikes by the Red Army" series of articles and videos is part of the nationwide 70 Years of Victory campaign to commemorate the end of WWII. The campaign will continue until early September, marking the end of the Second World War.

© Sputnik / Mikhail Voskresensky
Russia Launches Multimedia Campaign to Commemorate WWII Victory
The Battle of Kursk chapter will include presentations in the longread form on the agency website, as well as videos to be broadcast publicly in Moscow on static screens and metropolitan transport in St. Petersburg and Yekaterinburg.

Videos and detailed stories will explain why the south-western Russian city of Kursk was chosen by Nazi Germany for the offensive, and demonstrate each side's losses in what became the world's largest tank battle. In-depth explanations of tactical fighting techniques of the Russian T-34 against the German Panzer tanks will be included.

© Sputnik / Vladimir Astapkovich
Leaders of 26 States to Visit Moscow for Victory Day Celebrations
The Battle of Kursk is the second of the Fifteen Strikes multimedia articles posted by Rossiya Segodnya on its website. The first in the series concerns the Battle of Stalingrad.

This Rossiya Segodnya multimedia program includes detailed maps, infographics, archived video, and material from its own archives as well as archived newsreels, recordings and print media of the USSR State Committee for Radio and Television in this project.

Agency partners in the Fifteen Strikes by the Red Army project include Russian LBL Communications Group (media screens) and the 1PTV company (television on public transport).