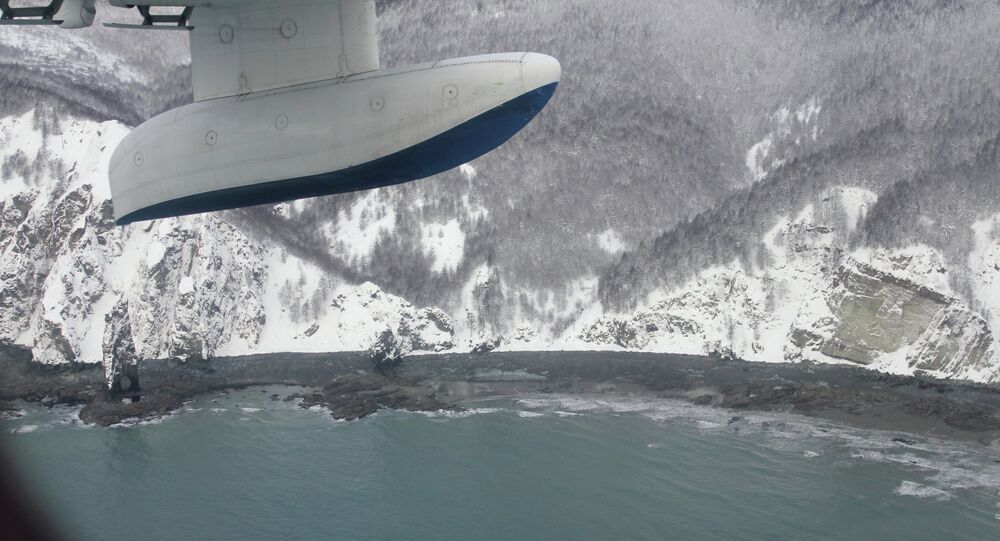 The Far Eastern Division of the Russian Emergencies Ministry said around 800 rescuers involved in a search operation after the fishing trawler sank in the Sea of Okhotsk.

MOSCOW (Sputnik) – Around 800 people are involved in a search and rescue operation in the Sea of Okhotsk, where the Dalniy Vostok fishing trawler sank late on Wednesday, a spokesperson of the Far Eastern division of the Russian Emergencies Ministry told RIA Novosti on Thursday.

"A total of 800 people and 17 pieces of equipment are involved [in the operation]," the spokesperson said.

According to the spokesperson, fishing vessels have rescued 63 people out of the water.

© AP Photo / Russian Ministry of Emergency Situations
Dozens Dead as Russian Trawler Sinks in Okhotsk Sea
A Mil Mi-8 (Hip) transport helicopter with 4 rescue workers and one medical worker on board is heading for the site of the accident, the spokesperson told RIA Novosti.

There were 132 people on board the Dalniy Vostok trawler, including 78 Russians and 54 foreign nationals, when it sank in the Sea of Okhotsk around 300 kilometers, or 186 miles, from the Russian port city of Magadan at about 20:40 GMT on Wednesday, according to a local emergencies source. At least 40 of them died in the accident.

The vessel did not send an SOS signal prior to its sinking, the source told RIA Novosti on Thursday.

The Dalniy Vostok trawler is assigned to the Russian port of Nevelsk, located in the Sakhalin Region.