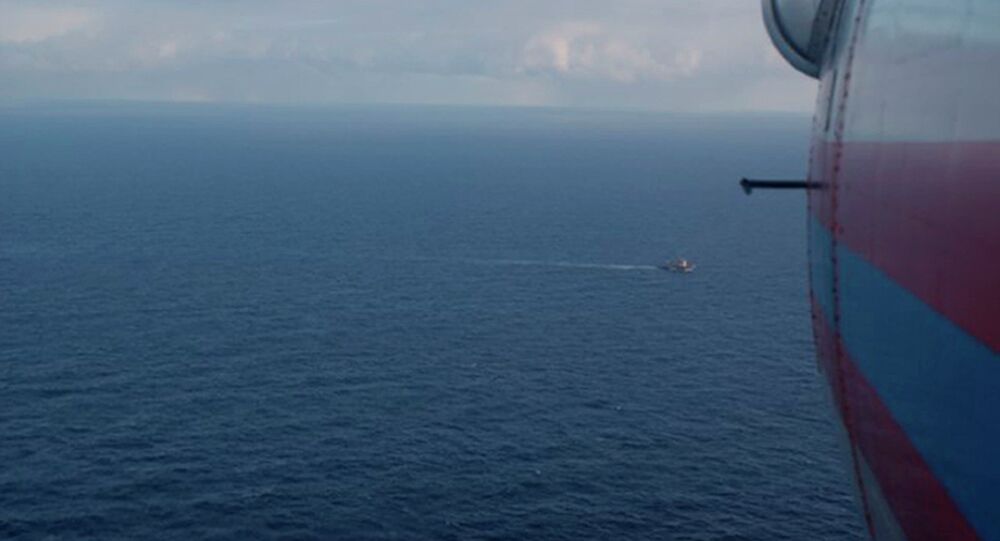 The fishing trawler "Dalniy Vostok" sank in the Sea of Okhotsk off the coast of the Russian Far East, with 54 crew members confirmed dead.

"The bodies of 54 dead crew members were lifted on board passing ships at the site of the trawler accident along with 63 survivors," the source said.

The fate of the remaining 15 people from the trawler is unknown, according to the source.

Earlier a local emergencies source told RIA Novosti that, according to preliminary information, 43 dead bodies were lifted from the surface of the water.

There were 132 people on board the "Dalniy Vostok" trawler, including 78 Russians and 54 foreign nationals. Among foreigners, there were 42 citizens of Burma (Myanmar), three Latvians, four Ukrainians and five men from Vanuatu.

The trawler sank in the Sea of Okhotsk around 300 kilometers, or 186 miles, from the Russian port city of Magadan at about 20:40 GMT on Wednesday, according to the source.

The "Dalniy Vostok" did not send out an SOS signal prior to the accident. The cause of the accident is under investigation.

The trawler is assigned to the Russian port of Nevelsk, located in the Sakhalin Region.